Xiaomi, the mother company of popular mobile phone brands like Mi, has ventured into electric moped space with the Xiaomi A1 and A1 Pro in China. 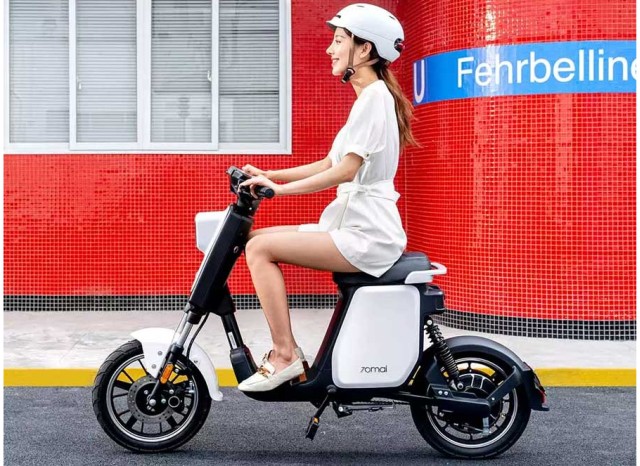 The company has raised massive amounts through Youpin, Xiaomi’s crowdfunding platform, to develop these e-mopeds. The development responsibilities were handed over to the company’s another sub-brand – 70mai, who already have the tech know-how of producing electric-assisted bicycles and e-scooties.

Tipping the scale at just 52 kg, the Xiaomi A1 and A1 Pro are compact electric mopeds designed for city runabouts like hanging out at the local cafe or for your daily stop at the friendly neighbourhood grocery store. The fairly large 16-inch wheels get the usual pedal power and also support a hub motor in the rear. The website doesn’t reveal the power output of the electric motor, but does mention a 48-volt electrical system. 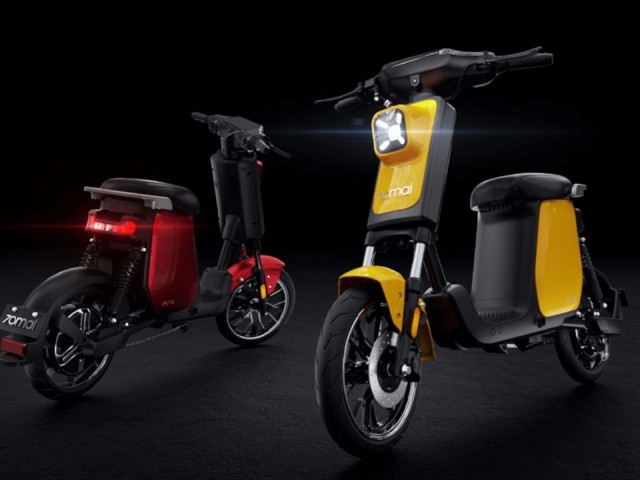 The entry-level Xiaomi A1 electric moped gets a 768 Wh battery with a claimed range of 60 km when fully charged. In comparison, the A1 Pro gets a slightly larger 960 Wh battery with a better range of 70 km. Since the batteries are removable, you can charge them from the comfort of your home or office. The top speed is a modest 25 km/h which is the imposed upper limit for electric mopeds in China. 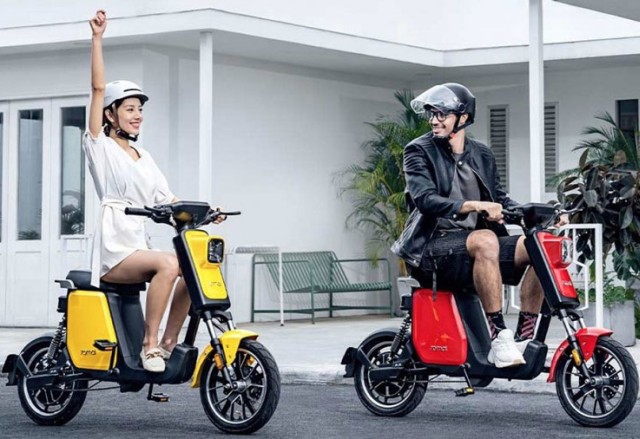 The design of the Xiaomi A1 moped is basic but well executed. The bare underbone chassis has been used as a design element, while brightly coloured body panels cover-up the battery pack, electricals and other parts. It’s a rather small two-wheeler with a narrow floor-board, which make the riding position rather awkward for the male model seen in the pictures. The petite lady, however, appears to be a lot more comfortable. What looks more apt is the suspension setup – with a telescopic fork up front and a pair of shock-absorbers on the rear. There’s even a front disc brake and simple rear drum brake.

What’s impressive is that both the Xiaomi A1 and A1 Pro comes with colour information console. The A1 Pro, being more premium, additionally gets the touchscreen feature. Using their smartphone making expertise, Xiaomi have loaded the instrument console with features like satellite navigation and smart voice command system which gives out information on the go. There’s even an inbuilt 1080p wide-angle dash camera on both the models, to record your commute. Pretty neat for an e-moped which is priced around Rs 32,000 in China. The top-end A1 Pro at Rs 39,500, costs another Rs 7,500 over the entry-level model for all the additional range and features it provides. To think of it, these electric mopeds are a great value because they are cheaper than most high-end smartphones available in the market. 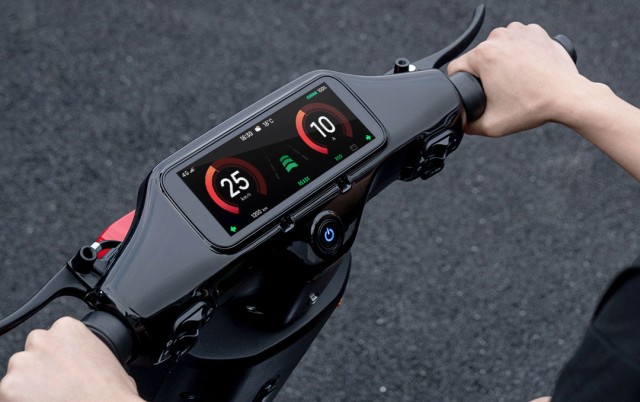 Currently, the Xiaomi A1 and A1 Pro electric mopeds are available in China. But the way the company is ramping up business in India we won’t be surprised to see them coming to our shores too. With the Indian government’s push for battery-powered vehicles, concepts like this could be an interesting electric mobility solution for our congested cities.