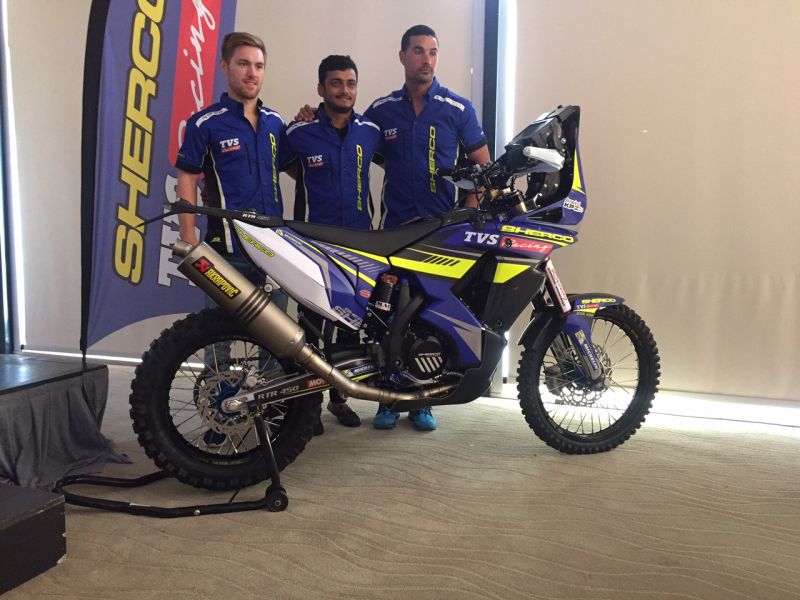 TVS Racing is the first factory racing team in India, with a history spanning over 34 years. In early 2015, TVS became the first Indian factory team to take part in the Dakar rally – the longest and toughest rally in the world.

After two years of experience at the Dakar rally, the Sherco TVS Rally factory team have revealed their latest bike which will be used in the 2017 rally. The bike will officially be known as the RTR 450. This new bike will have the same engine as last year but will feature an improved crank. This new modification has been made in an effort to make the bike more durable.

We expect the 2017 bike to produce approximately 60 PS at 10,500 rpm. With some changes to the ECM, TVS Racing say that torque will be made available through the entire power band. The power plant will be mounted in a half perimeter chrome-molybdenum frame. It also boasts an Akrapovič exhaust system complete with a titanium header pipe and a titanium muffler.

The racing team for the 2017 rally look solid and they are aiming to finish in the top ten. The lead rider of the team is Joan Pedrero. The 2017 team also features an Indian rider – Aravind KP. 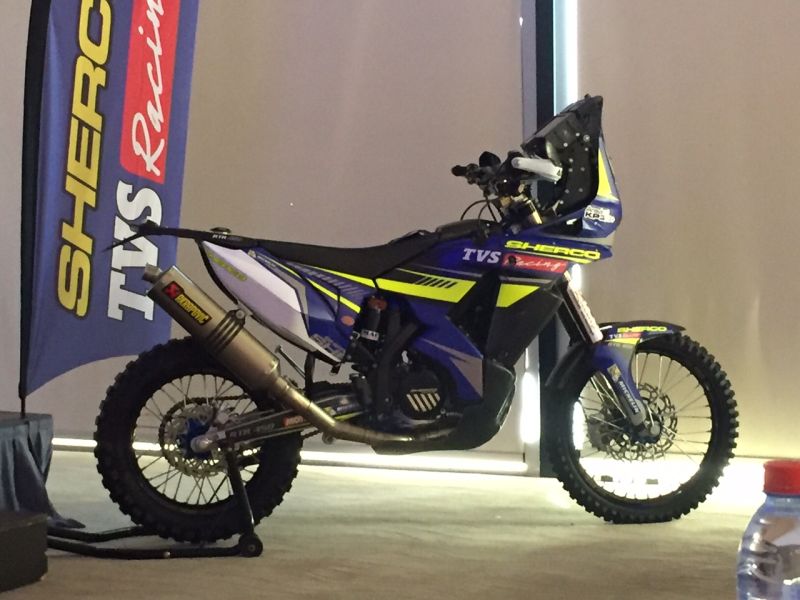