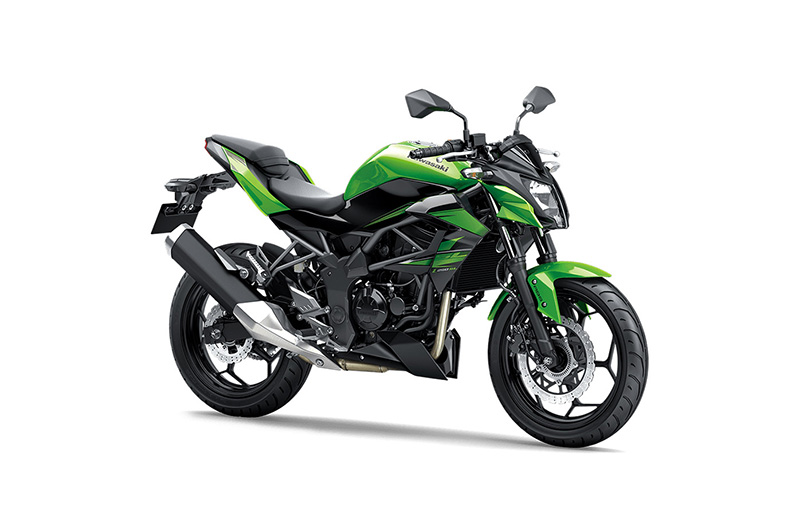 Single-cylinder motorcycles like the KTM Duke and RC series dominate the 200 – 400 cc motorcycle segment in India and soon Benelli are going to launch their 250 cc single. However, rumour-mill suggests that even Kawasaki are preparing to launch their single-cylinder weapon in India very soon. However, Kawasaki has not released an official statement confirming the news. Anyway, if the rumours doing rounds on the internet are true than Kawasaki’s quarter-litre monster, the Z250SL will be in the showrooms by the end of 2015.

Powering the Z250SL, smallest Z Series motorcycle in the Kawasaki line-up, is a 249 cc single-cylinder DOHC engine that produces 28 PS and 22.6 Nm of torque. Transmitting all this power to the rear wheel is a six-speed gearbox and chain final drive. It also features a steel trellis frame, petal disc brakes, conventional front forks, mono-shock rear suspension and an upswept exhaust. Styling is typical of the Z series and honestly, this quarter-litre naked looks stunning in Kawasaki green and black.

It is also rumoured that Kawasaki are planning to assemble the Z250SL in India to keep the price down meaning that this motorcycle will be the most affordable Kawasaki on offer in the country. To keep the costs low, Kawasaki is also trying to localise the Z250SL as much as possible. For this, they are likely to source many components locally. We expect this little green monster to make an entry in the Indian market with a starting price tag of around Rs 1.7 – 2.0 lakh making it a direct rival of the Honda CBR 250.