After about 60 years, Royal Enfield has built a new facility at an investment of Rs 150 crore at Oragadam, about 40 km south of Chennai. The first bike, Classic 500 Desert Storm, rolled out today from the plant, which was constructed in a record time of 11 months. Trial production began from January this year. The new plant has state-of-the-art paint shop while also embracing legendary pin-striping done by craftsmen lending human touch to each motorcycle. Besides, it has a 1.4 km test track and testing facilities including a state-of-the-art dynamometer.

The building capacity in the first phase is 1.5 lakh per year, however, the company hopes to make 1.75 lakh in the current fiscal, with contribution from its old plant. Last year it produced 1.13 lakh vehicles and exported over 3500 motorcycles.

The engine plant and other operations like chrome plating will continue at RE’s old plant in Thiruvottiyar. The Phase 2 work has already started, which will enhance capacity to 2.5 lakh by next year. This is warranted since the sales has been growing at over 50 percent year on year for the last couple of years. Moreover, the waiting period is expected to continue to hover around 8 months due to increasing demand. The company is also adding new dealerships; it has been adding five to six outlets per month for the last one year. Now it has 265 dealers and it will have 330 before the end of this fiscal.

The new plant will also be producing the Continental GT cafe-racer, the lightest and fastest Enfield yet, by the end of this calendar year. With a kerb weight of 170kg, powered by a 535cc UCE fuel injected engine this stylish bike is all ready to change the way we look at Royal Enfield. 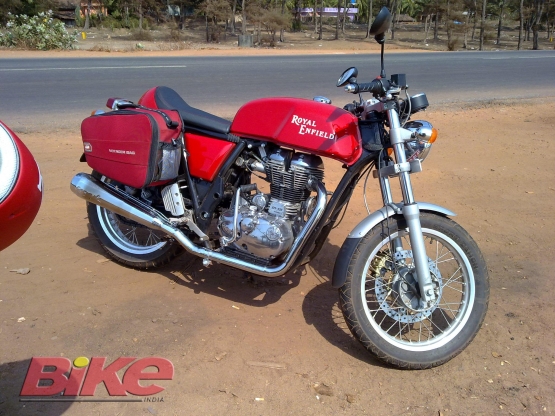