Royal Enfield have, after quite a tease, launched the all-new Bullet 500 in a new Forest Green colour. However, that’s not the biggest news. The new Bullet 500 comes equipped with the company’s Unit Construction Engine (UCE) but drops the electronic fuel injection in favour of a carburettor. The result is a slight drop in power and torque figures as compared to the engine’s fuel-injected counterpart in the Classic 500 line-up. However, they also come in at lower engine speeds. The 499cc engine now puts out 26.5 PS at 5,100 rpm; the same as the company’s old Lightning 535. The peak torque is now 40.9 Nm at 3,800 rpm. These peak figures come in 150 rpm and 200 rpm earlier compared to the fuel injected 500s.

On the mechanical front, the new Bullet 500 sports the same wheel and tyre combination as the Classic 500 line, with a 90/90-19 front and 120/80-18 rear from amongst MRF’s finest Zappers, as well as gas shock absorbers at the rear. It also features a revised contoured seat and an all-new cushioned pillion grab rail. The bike weighs in at 193 kgs.

While Royal Enfield have not announced the pricing yet, we expect it to undercut the Classic 500 by a significant margin. For all those with a fuel-injection phobia, this is the 500 for you! 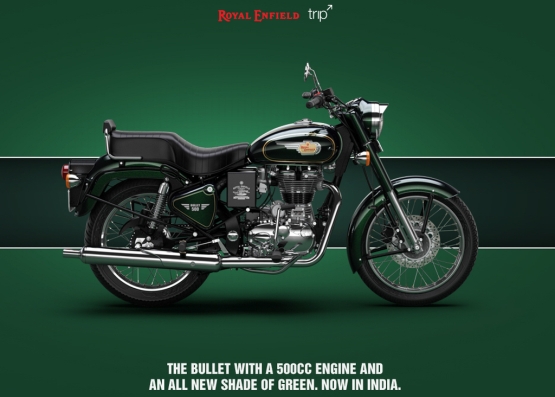