A brand new motorcycle has been spotted testing and by the looks of it, we can expect it to be the upcoming Royal Enfield Hunter. 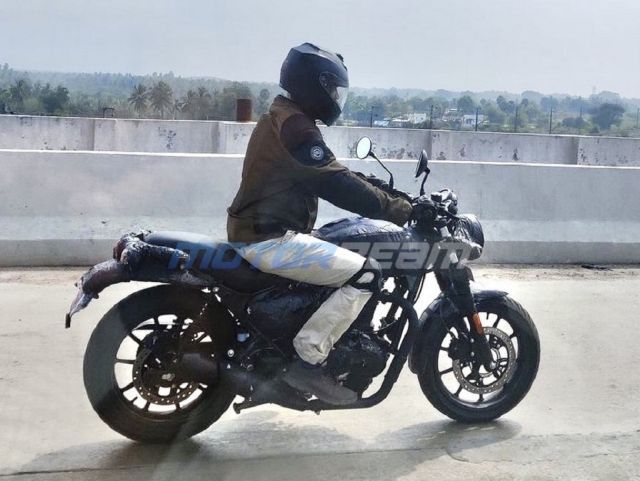 The launch of the Royal Enfield Hunter seems close as the bike was spotted testing in Tamil Nadu recently. Apart from the news of Royal Enfield filing trademarks for their new motorcycles, we have not received any more information regarding these products. The manufacturers have been silent about the upcoming Hunter and Sherpa models, but a recent spy-shot gives a glimpse at the motorcycle.

As we can see, the bike gets unique design and styling elements to make it stand apart. The bike looks like a proper roadster with an upright riding position and is reminiscent of the Triumph Street Twin. It makes use of a round headlight and taillight units, a classic teardrop-shaped fuel-tank, a single-piece seat setup, and alloy wheels. The Hunter is also expected to make use of the same instrument cluster that is seen on the Meteor 350. The bike sports telescopic front forks and twin shock absorbers at the rear. It is equipped with disc brakes at both ends.

The Hunter will use the same engine seen in the recently launched Meteor 350. This is a 349-cc single-cylinder, oil-cooled motor putting out 20.5 hp and 27 Nm of torque. To suit the characteristics of the Royal Enfield Hunter, the manufacturers might have given the engine a new state of tune but we will only know for sure when it is launched. Another interesting design element is the shorter and upswept exhaust unit. This also means that it will sound different when compared to the Meteor 350. 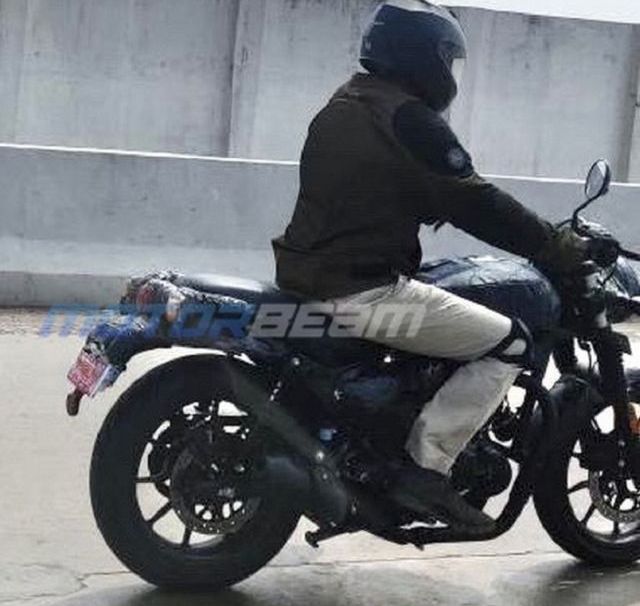 When launched, it will go directly up against the Honda H’ness CB350 in India. We can expect it to be priced somewhere around the Rs 1.90 lakh (ex-showroom) mark and probably see a launch in the upcoming two to three months.