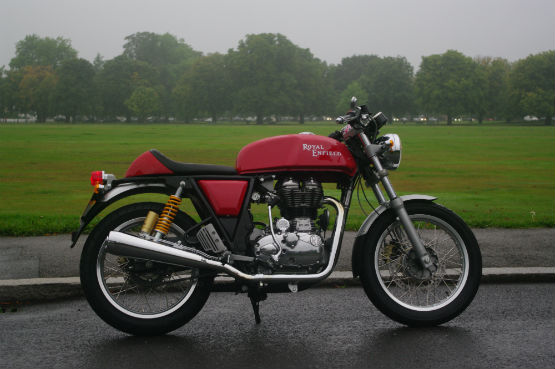 The Royal Enfield Continental GT has been earning rave reviews in the UK, and we gave you our first impressions of the café racer reboot too. For those of you who want to get your hands on the Continental GT, the wait is almost over, as we have received official confirmation that the bike’s launch will be spread out from the 25th of 28th of November in India. As we mentioned previously, expect the 29.1 PS generating 535cc GT to be priced around the Rs.2.2 – 2.5 Lakh mark.

We can’t wait to put this bike through its paces, and for those of you who are of the same bent of mind, here’s a brilliantly made short film on the bike that will only whet your appetite further.