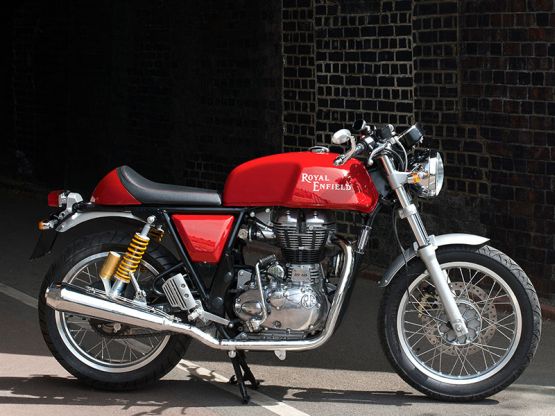 Royal Enfield have finally launched their café racer model, the Continental GT, in the UK. The new motorcycle infuses the essential café racer design elements with authority and is also the company’s most powerful model.

The Continental GT runs a 535cc bored-out version of the company’s single cylinder, unit-construction engine. Bore diameter is up by 3mm, to 87mm, from the 84mm the 499cc guise runs. Stroke is the same at 90mm. If these numbers seem familiar, that’s because they are indeed identical to the Lightning 535 the company used to have on offer earlier last decade. What aren’t identical, of course, or course are the output figures. The new Continental GT puts out 29.1 PS at 5,100 rpm and 44 Nm at 4,000 rpm, up from the 26 PS and 38 Nm the cast-iron-engined Lightning had on offer. The gearbox is also a five-speed unit, on the left, against the ancient four-speed right shifter, which was complete with the ‘spoon’ for neutral setup. With the bike tipping the scales at 184 kg, the performance should be quite something!

Mechanically, almost everything on the Continental GT has been entirely redesigned for maximum performance. The suspension components are uprated, you get clip-on handlebars,  and the wheels and tyres happen to be 18″ Pirelli Sport Demons: 100-section front and 130-section rear. The fuel tank is also a reasonable 13.5 litres. Royal Enfield will also offer a choice of seats depending on your riding style.

The bike has been launched at £5,200 in the UK. But you don’t have to worry about conversion figures or sky-rocketing exchange rates because the bike will be made in India and should be priced between the Rs 2.2-2.5 lakh bracket. The launch in India is scheduled for later this year. Watch this space! 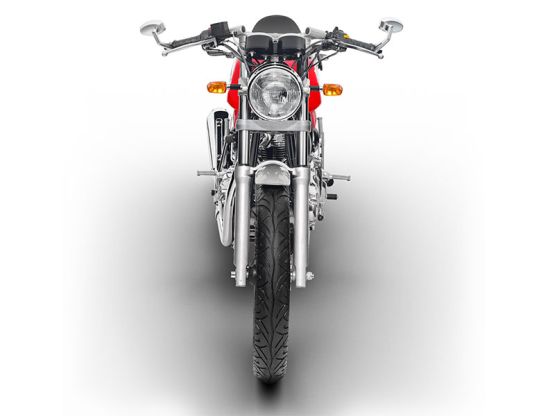 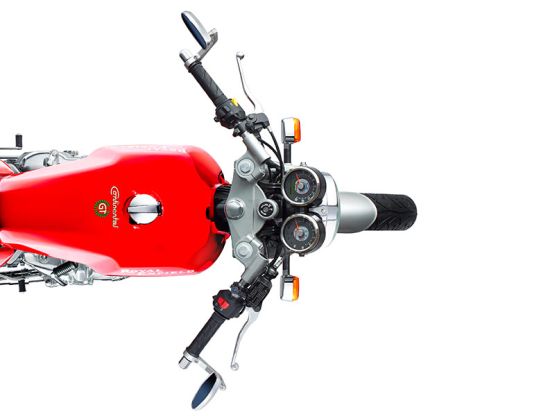