Roland Sands Design are at it again! Doing what they do best, building amazing two-wheel creations like this, the BMW S1000RR drag concept. If you thought the stock S1000RR was fast, think again. Ace designer Roland Sands has put this Bavarian beauty right where it belongs – the top of the quarter-mile heap. For starters RSD have kept the BMW mill stock, but are in plans to add a turbo unit to help their dragster cross the 300 PS mark.

The most distinguished element on the S1000RR drag concept is certainly the long swing-arm which is de rigeur as per drag-bike standards, followed by the Brock’s exhaust and multiple Rizoma performance parts. The whole purpose of draping the S1000RR in carbon fibre is quite simple, make it fast and light with a beastly stance and menacing attire, so much so that it infuses fear in the eyes of its competitor just at standstill. RSD claim that their creation is very much street-legal, but don’t be fooled by its calm stance as Roland Sands himself found out in the video, this beast of a bike means all business. 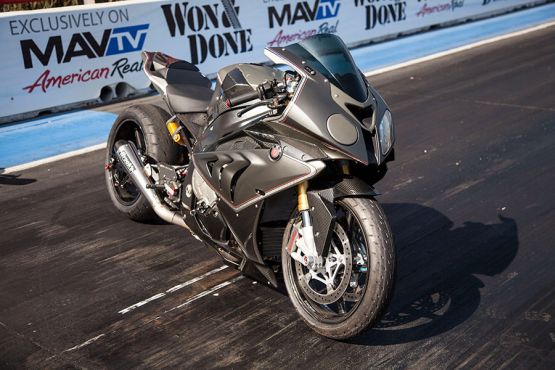 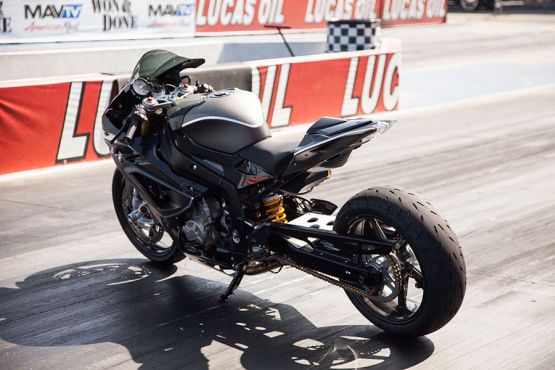 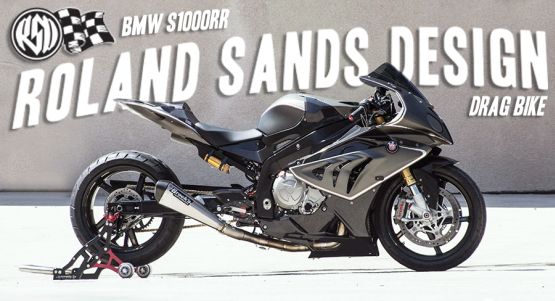