We took to the streets with the small Leoncino to find out just how much this cub could roar and how fast it could run. 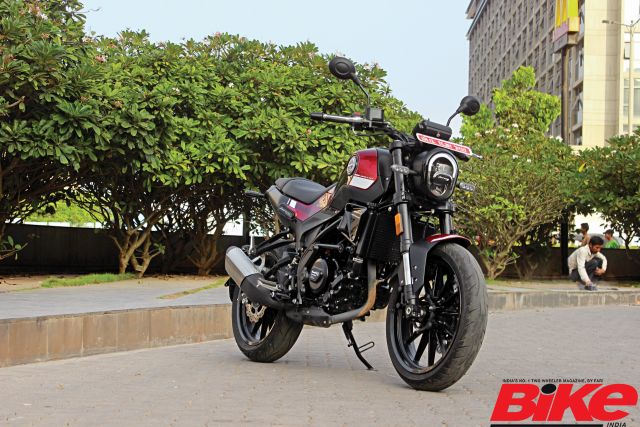 In addition to saying “mamma mia” while waving pinched fingers in your face and introducing the world to the joys of pizza and spaghetti bolognese, the Italians also seem to possess a flair for beauty. Their designers always seem to have the best outcome when pen meets paper for sketching a motorcycle. Some motorcycles outdo their good looks by being phenomenal on tarmac. With this road test, we aim to find out where the Benelli Leoncino 250 finds itself in that graph of stunning looks and mind-blowing performance.

The little Benelli retains the design language of its bigger twin-cylinder sibling in a more compact package and these proportions give the Leoncino a neat retro-modern look. The stylish LEDs give the round retro headlamp a contemporary touch and this design philosophy continues throughout. The shapely fuel-tank tapers back until it matches the width of the seat and the bodywork is fairly impressive with no panel gaps all the way to the tail end. The rear itself is free of flamboyance and features just enough bodywork to round off the Leoncino 250’s modern-classic persona. In fact, with aerodynamic elements flanking the radiator and a youthful paint scheme, the Leoncino 250 certainly appeals to me more than the Leoncino 500. However, the general response towards the styling was mixed. Some liked the quirky design while others quickly returned their attention to their phones. 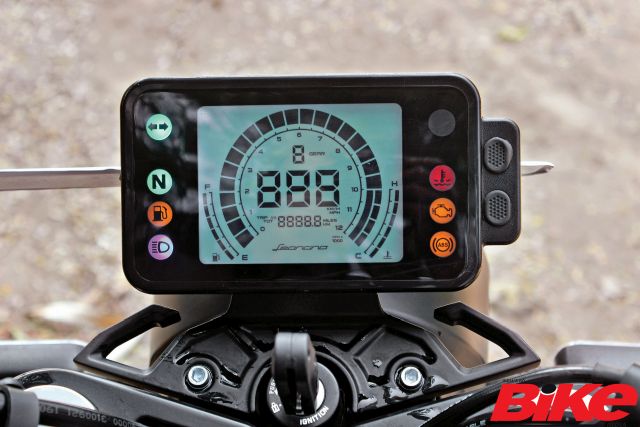 The instrument cluster is a simple TFT unit that relays basic information, including speedometer, odometer, trip meters, tachometer, and a gear indicator. This fully digital layout is flanked by tell-tale lights. At 810 mm, the saddle may not be friendly for short riders and the slightly rear-set foot-pegs could add to their worries but I was rather comfortable with the rider triangle. The short reach to the handlebar meant that I could sit upright instead of crouching into an aggressive position to complement the placement of the foot-pegs. It made life quite easy for me in the city and I had no complaints on the highway either, save for the obvious wind-buffeting at high speed. The size of the seat (fits a minion in comfort) and the position of the foot-pegs do not promise a lot of comfort for the pillion but it is manageable for short rides. 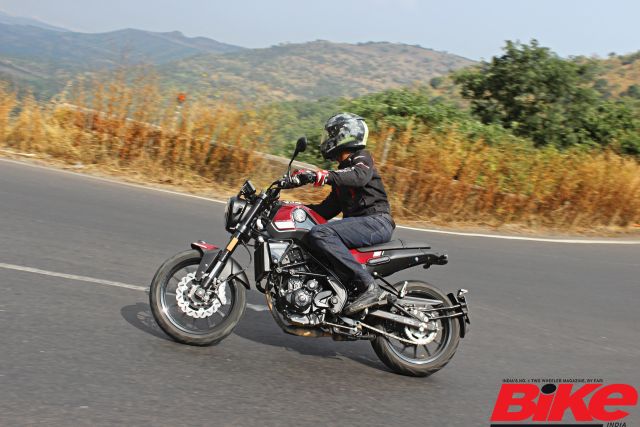 Before reaching our usual haunts for the photo shoot, I had to navigate through the rat race that is urban traffic. This sense of impending boredom was nipped in the bud when I fired up the motorcycle. As usual, Benelli have checked all the right boxes in the aural department. The Leoncino 250 turned over with a sonorous roar and settled into a rhythmic idle, pronounced and distinct. Powering the motorcycle is a 249-cc, four-valve, liquid-cooled, single-cylinder engine that produces 25.8 hp at 9,250 rpm and a peak torque of 21 Nm at 8,000 rpm. This engine is mated to a six-speed gearbox.

As I selected first gear, I noticed that the clutch action was quite heavy — something that did not bother me initially, but was a source of pain for my left wrist during stop-and-go traffic — and the gear lever throw fairly long. Any effort less than “determined” for the shift from first to second saw neutral being selected. That apart, the Leoncino’s low-end torque (although not gloriously meaty) and short gearing allow the motorcycle to be ridden easily in traffic. While third gear can manage most low-speed needs, the sixth gear is capable of pulling the motorcycle from just over 40 km/h.

When the traffic cleared, I wound open the throttle and the Benelli responded; aurally first and with momentum later. As I cleared the 6,000-rpm mark, the Leoncino’s exhaust note was a concert in its own right and made for a brilliant soundtrack, especially in the tunnels. However, the motorcycle does not build up speed as dramatically. The power delivery is just about decent below mid-range. Above that, it rushes to the red-line like politicians rush towards the latest scam opportunity. Due to its heft and late power delivery, the Leoncino does not feel quick when you ride it, yet it clocked a respectable 0-60 km/h time of 3.78 seconds. Not bad at all. Out on the highway, the Leoncino was planted at high speed and remained unfazed by small undulations on the road. I was able to clock an indicated top speed of 145 km/h. With slightly taller gearing it will have a higher top speed and better fuel efficiency as well. 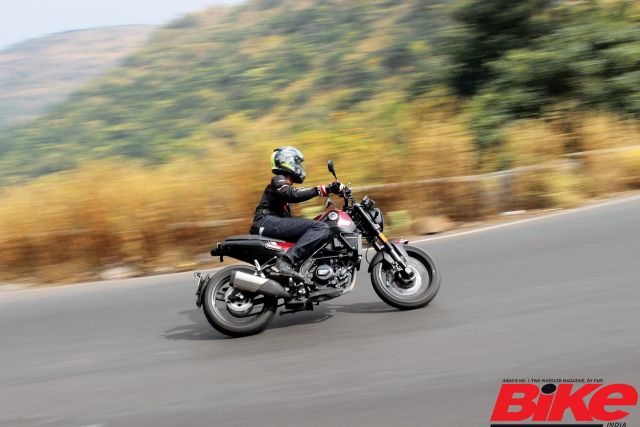 Keep it in the power-band as you enter a corner and the Leoncino 250 is an enjoyable machine on the twisties. Its short wheelbase allowed me to flick it into corners easily and the motorcycle held a confident line throughout the curve, banking on the grip provided by the Metzeler Sportec M5 Interact rubber. Due credit must be given to the Leoncino’s suspension set-up as well. A 41-mm USD fork handles suspension at the front while the rear is managed by a preload-adjustable monoshock. While the latter is fairly decent over the rough stuff, the stiffly damped front fork is far from home on anything but smooth tarmac. So, if there are unavoidable bumps/potholes, brace for impact. Braking is managed by a 280-mm disc and four-piston caliper at the front while a 240-mm disc takes care of the rear. For the front, Benelli have used a hydraulic system that usually does duty for twin-discs. Thus, although the stopping power is good, the Leoncino’s front brake lacks the sharpness and leverage — and the feedback that comes with it — that a smaller master cylinder could have offered. The best 80-0 km/h time that we were able to achieve was 2.67 seconds in 29.97 metres. 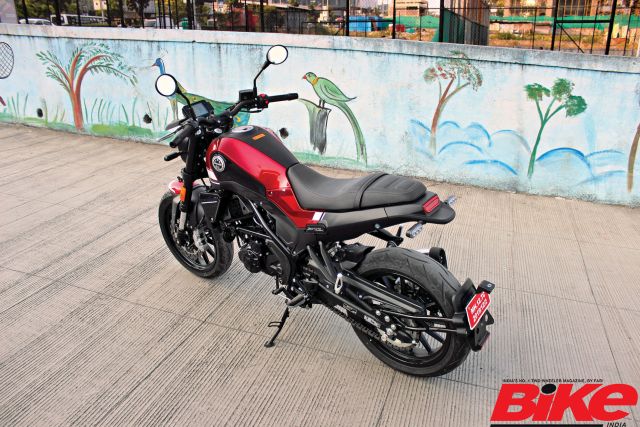 Overall, its looks and rideability put this motorcycle in a comfortable spot on the style versus performance graph. At Rs 2.5 lakh (ex-showroom), the Leoncino has no direct rival in the market but that price tag puts it in the same range as other motorcycles (larger, with one more cylinder) that are quickly gaining popularity. Since it may be choked on the rupees-per-cc front, the Benelli may have to rely on its quirky design and unique soundtrack to carve a slice of the sales pie.