The 2013 MotoGP season kicked off in style at the Losail circuit in Qatar. The race was filled with action and excitement right till the last lap. Everyone was looking forward to a spectacular show from Rossi who was back on his Yamaha M1. And he did not disappoint as the Italian chased, overtook and finished the race on the podium. But it was Marc Márquez who undoubtedly put up a show that everyone will remember. Márquez proved that he has the pace to be competing with the top guys including his own team-mate Dani Pedrosa. Here is a brief report on how the opening race of the season went.

On Saturday, at the end of qualifying, defending champion Jorge Lorenzo was the fastest man followed by Monster Tech 3 rider Cal Crutchlow, Repsol Honda’s Dani Pedrosa and Ducati’s Andrea Dovizioso. Stefan Bradl of LCR Honda, Marc Márquez of Repsol Honda and Valentino Rossi on his Yamaha qualified fifth, sixth and seventh respectively. However, on race day things changed and as soon as the lights went out Lorenzo pulled away from the rest of the pack like a rocket. He got an excellent start that gave him a real advantage in the race. He looked very calm and composed all through out the race.

Just a few laps in and Lorenzo had created a big gap between him and the rest. Meanwhile, Dani Pedrosa who started third, had slipped into second by overtaking Crutchlow. But Crutchlow was right on Pedrosa’s tail until Marc Márquez came into the equation.

With Lorenzo increasing his lead lap after lap, the battle for second place heated up behind him. After lap 4, Pedrosa was leading Márquez and Crutchlow. Pedrosa had a very good pace however, Márquez was right on his tail while Crutchlow was struggling and trying desperately to pass the two Hondas ahead of him.

While these three were fighting for the second spot, a new battle was taking place behind them. Stefan Bradl, Andrea Dovizioso, Valentino Rossi and Alvaro Buatista were all fighting for the fifth spot. Bradl was fifth followed by the others but with just eight laps to go something got into Rossi and he started his assault by overtaking Dovizioso and Bradl pretty easily. This was the point in the race where you could see the Doctor back in action. After slipping into fifth place Rossi had his eyes set on the riders up front.

Without wasting any time Rossi started closing the gap between him and the trio of Pedrosa, Márquez and Crutchlow. The gap between Crutchlow and Rossi was huge but Rossi increased his pace and covered up the gap between him and Crutchlow in just a couple of laps. Rossi had joined the battle for the second spot and with just six laps to go he pushed himself and his bike harder. Soon he overtook a desperate Crutchlow who actually ran off the track after Rossi overtook him from the inside. The Brit tried to outbreak the Italian and defend his place but instead he misjudged his braking point and went right off the track. By this time Márquez had moved into second place by overtaking Pedrosa who was clearly not able to handle pressure from his new team-mate. And once Pedrosa lost the second spot he was an easy target for Rossi who overtook him very gracefully. With just a couple of laps to the chequered flag the battle for second place was now between Márquez and Rossi. After being overtaken by Rossi, Pedrosa gave up the fight however, Márquez was just getting ready to face classic Rossi. With just a lap to go Rossi very easily overtook Márquez to slip into second but Márquez was not ready to give up as he desperately tried to pull up a quick one on the Italian. He did managed to overtake Rossi for a second however, the Doctor quickly chased him down and regained the number two spot and held it right till the chequered flag.

The race started off on a great note with Lorenzo leading the way right till the end and Pedrosa having a duel with his new team-mate and MotoGP rookie Marc Márquez, it was simply a spectacular race to witness. Cal Crutchlow showed that he can be up there with the big boys however, he needs to tone down his desperation and maverick attitude.

But the two riders who impressed the most were Valentino Rossi and Marc Márquez. Rossi was the star because he returned to winning ways after two years and just a single podium. Rossi’s second place finish was a tight slap to all the critics who thought that Rossi had lost his charm. The Doctor clearly proved that he still has the potential to win. And he would have won at Losail if it weren’t for the incident in lap 2 that forced him to run wide and slip into seventh from a strong fourth place. But the way the Italian went from seventh to second was simply incredible and outstanding.

Marc Márquez also stole the show by proving that he has the potential to challenge the big boys. He showcased great talent by finishing on the podium in third place in his MotoGP début. An exceptional ride from the youngster and hopefully he won’t be disappointing us in the future. 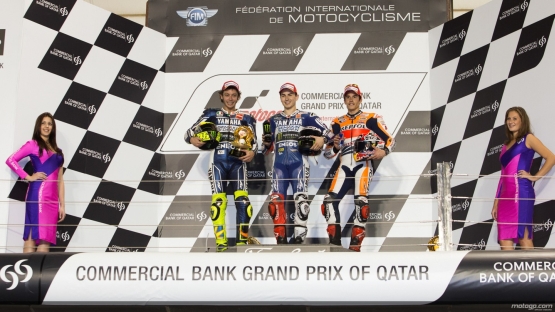 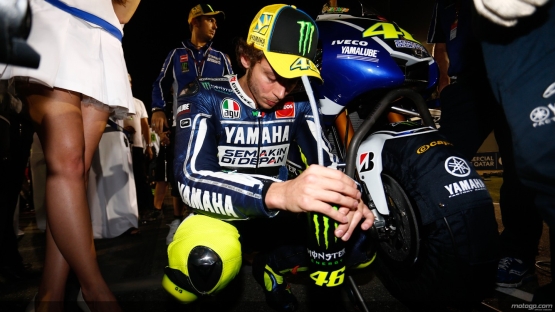 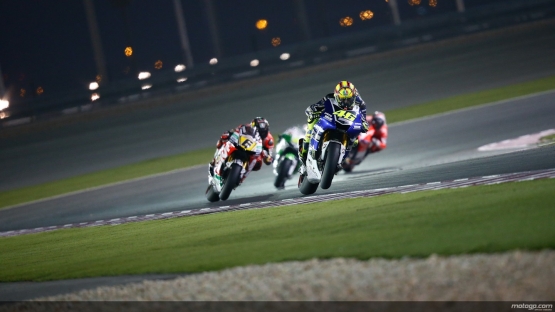 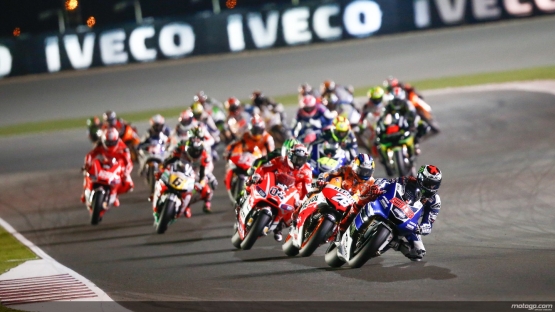