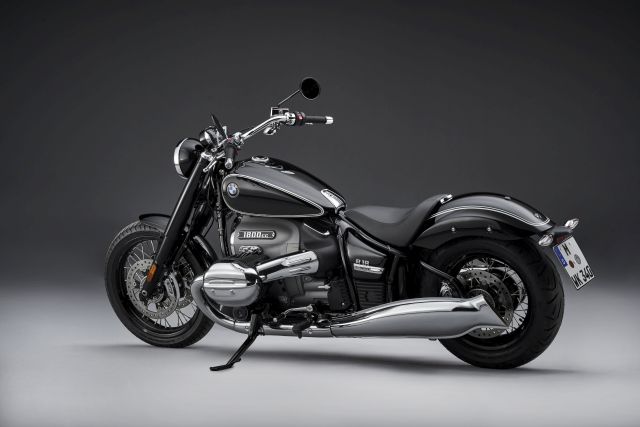 Sporting that massive 1,802-cc boxer twin, the BMW R 18 is set to take on the American cruiser market

It’s been almost a year since BMW Motorrad showed the world their Concept R 18, powered by the largest boxer twin ever built by the German marque. We now get our first look at the production-spec bike, the design of which is clearly inspired by that of the BMW R 5 cruiser of the 1930s. 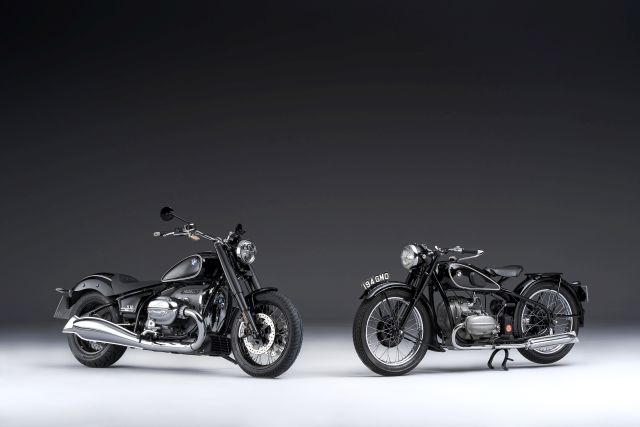 The BMW R 18 looks the part of a classic cruiser with its long, low-slung profile, teardrop-shaped 16-litre fuel tank, meaty kicked-out fork wrapped in period-correct fork covers and old-school black paint with white striping. Other connections with the legendary R 5 are the tubular swingarm design, the exposed linkages of the drive shaft, the valve covers that mimic those of the 1930s bike, the fishtail exhaust tips and the blue and white BMW roundels that are screwed on in true heritage fashion, rather than stuck on like on all current BMW motorcycles. The intention was clearly to create a modern cruiser with a strong connection to the brand’s heritage, and an extensive catalogue of bolt-on parts will ensure that customers can personalise their R 18s to their unique tastes. 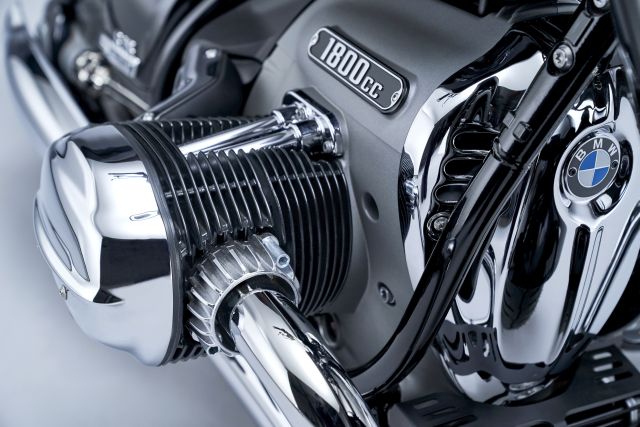 The massive 1.8-litre air- and oil-cooled flat twin mounted within that double cradle steel frame makes 92 hp at 4,750 rpm, but with a tyre shredding 150 Nm of torque available from as low as 2,000 rpm, peaking at 157 Nm at 3,000 rpm, we doubt the need to ever rev it that high. In line with the retro theme, the motor uses an overhead valve design with two camshafts per cylinder, and BMW claim that this 345-kilogram (wet) behemoth can get to 100 km/h from standstill in just 4.8 seconds, before going on to hit its 180 km/h electronically-limited top speed. A modern electronics suite keeps the motor’s potential in check with three riding modes and all the rider aids you would expect to see on a modern BMW motorcycle.

The BMW R 18 is a big, burly cruiser that seems to have Harley-Davidson and Indian Motorcycle in squarely in its sights. It perfectly embodies the cruiser form, with an ideal mix of retro elements and modern technology. The bike has already been launched in American and European markets at prices that rival their American competiton. Now let’s see if BMW Motorrad India bring this one here.

Update: We have now received word that BMW Motorrad India is accepting advance bookings for the R 18 at an amount of Rs 1 lakh. We expect deliveries to begin late this year or in early 2021.