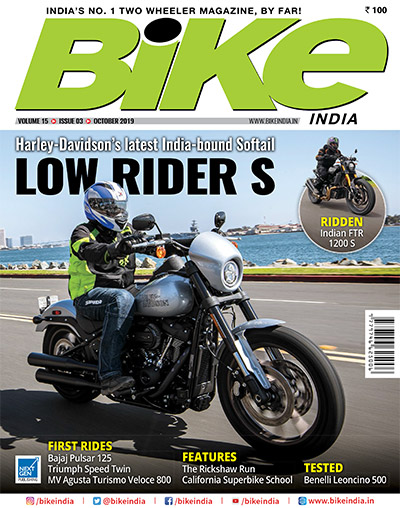 The hot topic being discussed at the moment is the new Transport Bill that provides for the levy of heavy fines for traffic offences. The fines have gone up by as much as 10 times. Such heavy fines for traffic offences are welcome, but there is no need to fine someone between Rs 5,000 and Rs 10,000 for failure to carry along original registration papers. The insistence on producing original papers is a contentious issue because if your original papers are in your two-wheeler and the vehicle happens to get stolen, then the thief has your vehicle with all the papers, thus making it easy for the miscreant to dispose of the stolen two-wheeler.

The Transport Bill also lays down that it is mandatory to use ISIcertified helmets and that anybody caught selling non-ISI helmets is liable to prosecution. This is ridiculous. I, for one, will not trust an Indian helmet to protect my head when I am riding a motorcycle at more than 200 km/h on a racetrack. The law should be amended to allow international brands such as AGV, Arai, and others that meet international safety standards which are higher than those of the ISI. Why should the authorities keep people from using protection of a better quality if they are willing to spend nearly a lakh of rupees for a helmet?