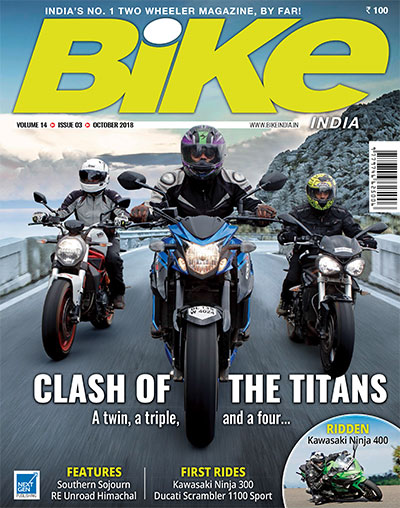 Deadly pot holes too k their to ll on yet anot her family on the recent Rakshabandhan Day. Having celebrated the festival with their cousins, this family of four were returning home on their two-wheeler at night when they hit a pothole, lost control, and fell off the bike. The children were run over by a truck and died on the spot while the parents suffered serious injury.

No doubt bad road conditions in the country are to blame for many of the accidents, but, at the same time, why were four people travelling on a two-wheeler which is meant for two persons only? It is high time the police enforced the law and prohibited more than two persons on a twowheeler, including small children.

Having seen a family of four riding on a two-wheeler, Ratan Tata decided to give Indians an affordable car: the Nano. However, lack of enforcement of traffic rules made sure that the Nano did not become a success. Had the traffic rules been enforced effectively, not permitting more than two persons on a two-wheeler, the Nano would have been a great success and a number of lives could have been saved.

Similarly, there should be a stipulation as to the size of the seat of a scooter or motorcycle. At the first ride of a commuter motorcycle, the representative of the concerned company said that they had extended the size of the seat to accommodate more than two persons. That is a wrong signal being sent to the people, indirectly encouraging them to carry more than one pillion rider.

The ISI-certified helmet issue continues to baffle most of us. Some people with vested interests
do not want competition from international brands and, in the process, are depriving the citizens of the country of the right to protect themselves. Incidentally, we have a Rs 350 Rocker helmet bearing the ISI mark. It feels as if it is made of cardboard. I would like to know the ISI safety standard in respect of that helmet!