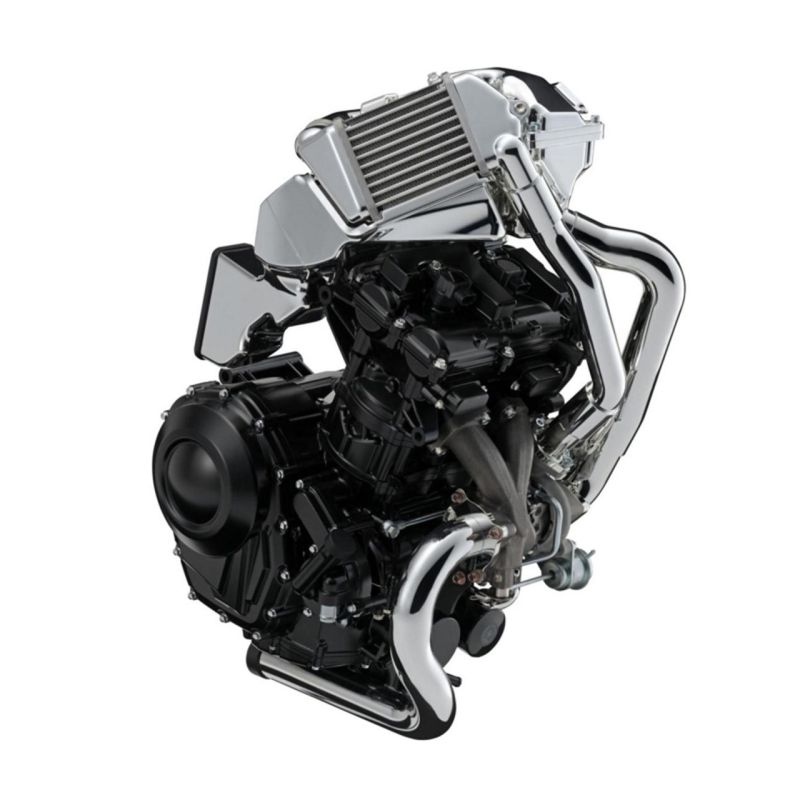 Most manufacturer’s have crossed the 200 PS benchmark and the next big thing, led by Kawasaki, is the powerplant with forced induction. Suzuki showcased their offering in the forced induction arena at the Tokyo Motor Show in the form of stand-alone turbocharged engine, the XE7.

Although Suzuki have maintained a tight-lipped stance on the matter, word on the internet suggests the possibility of a 600-cc parallel-twin. The Recursion concept has been around for a while (close to two years now) and when showcased, put out peak power of 100 PS at 8,000 RPM and torque of 100 Nm as early as 4,500 RPM. However, this hasn’t come to fruition and Suzuki confirmed that the concept won’t leave the drawing boards anytime soon. What we know is that the turbocharged engine will be a DOHC, 8-valve parallel-twin ready for production. On which bike this motor finds its way, still remains a question to be answered.