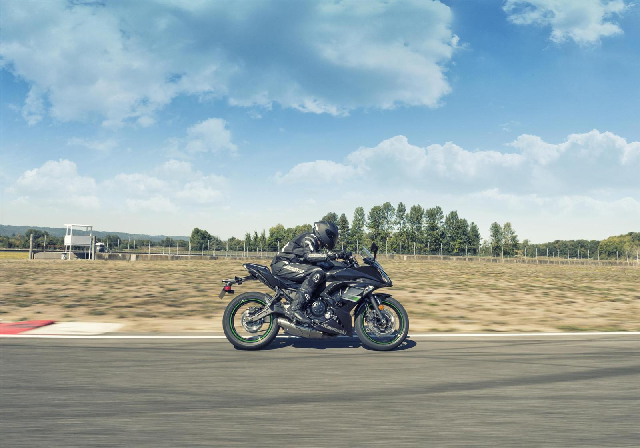 If you’re a fan of the middle-weight twin from the house of Kwack, then you’ll be excited to see that the bike has been priced at Rs 5.49 lakh (ex-showroom), and is available in a new, svelte, ‘metallic flat spark black’ colour. This means you can get the Ninja 650 – currently, the cheapest faired 650-cc motorcycle in India – in three colours now. The other two shades are the KRT (Kawasaki Racing Team) edition, and an optional blue shade, which is only available in the bike’s 2018 guise. The KRT edition is priced at a bit of a premium over the standard model – carrying a Rs 5.69 lakh sticker (ex-showroom). The Ninja 650 is, of course, powered by the same 649-cc twin-cylinder engine that produces 68 PS at 8000 rpm and 65.7 Nm of torque at 6500 rpm mated to a six-speed gearbox. The bike also comes equipped with ABS, a 15-litre fuel tank, and a fairly upright riding position among other things, in order to accentuate its touring credibilities. So, in essence, the 2019 variant is essentially identical to its 2018 counterpart, except for the new colour. 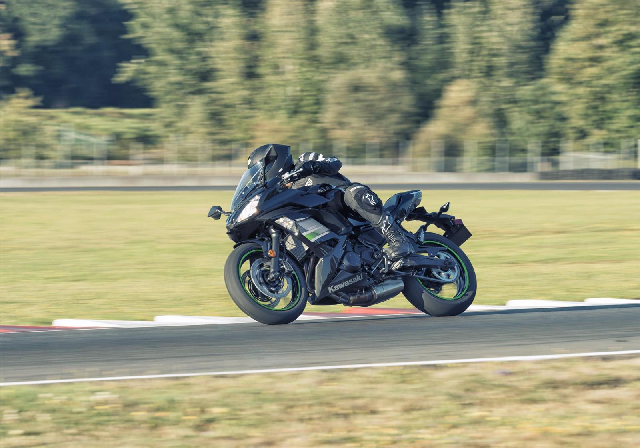 Speaking regarding the launch, Yutaka Yamashita, Managing Director of India Kawasaki Motors, said “With this launch, we are continuing a string of MY19 launches in India. In the 650cc category, we have four distinct motorcycles and Ninja 650 is one of them. We have observed a very stable demand for Ninja 650 in India as it comes at an attractive price. I hope our Ninja 650 in metallic spark black achieves the same success as the other variants have.”

This isn’t the only Kawasaki 650 to be launched in a new shade in recent times, because the brand’s 650-cc cruiser, the Vulcan S was also launched in a Pearl Lava Orange shade in May. 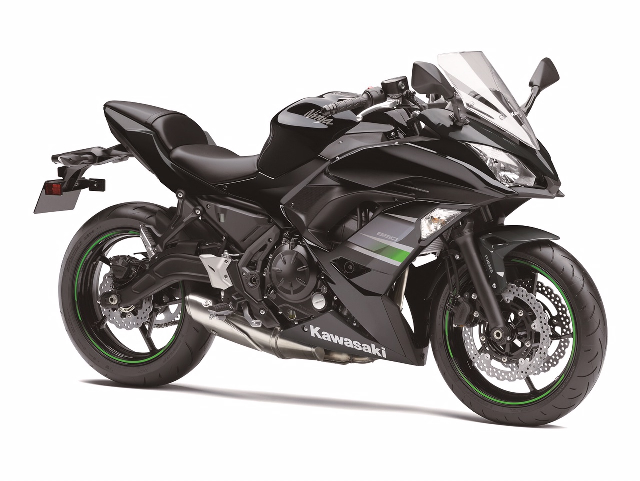