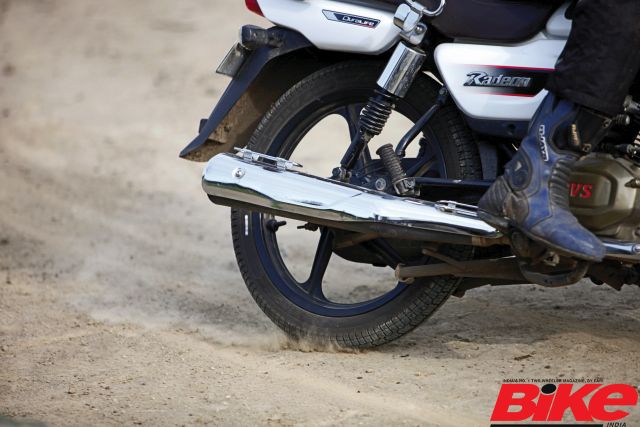 A couple of months before the onset of the monsoon, we decided to begin testing some new tyres on our trusty TVS Radeon long-termer. The stock 2.75-18 at the front and 3.00-18 at the rear were replaced by a pair of 80/100-18 MRF Nylogrip Ezeeride tubeless tyres.

Once run in, the new rubber did a tidy job in dry conditions. The wide centre blocks provided ample grip and stability in a straight line. Additionally, the MRFs were sticky enough to aid quick changes of direction and the motorcycle remained composed around corners as well. In fact, the Ezeeride tyres lived up to expectations rather well in the dry. 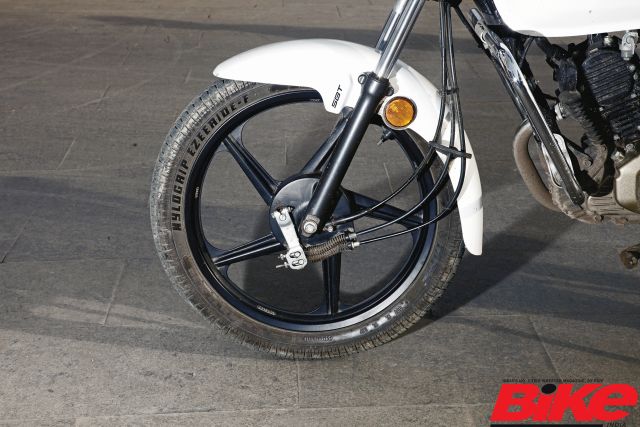 With the onset of heavy rain in Pune, the first few wet rides were executed with caution, checking the limits of these tyres on slippery surfaces. Fortunately, the MRFs continued to retain their grip quality in the wet as well. In addition to dispatching water efficiently through the grooves in the tread pattern, the tyres did not misbehave while cornering either. However, while entering extremely slippery corners at a goodish clip, the tyres do step out a little, though not to an alarming extent.

Furthermore, during our braking tests, the figures returned by the MRFs were on a par with the figures provided by the stock tyres. At Rs 3,175 for the pair, the MRF Nylogrip Ezeeride is surely worth a try on commuter motorcycles. 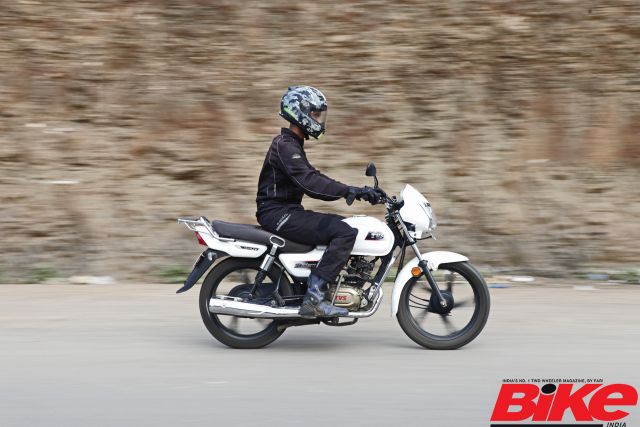