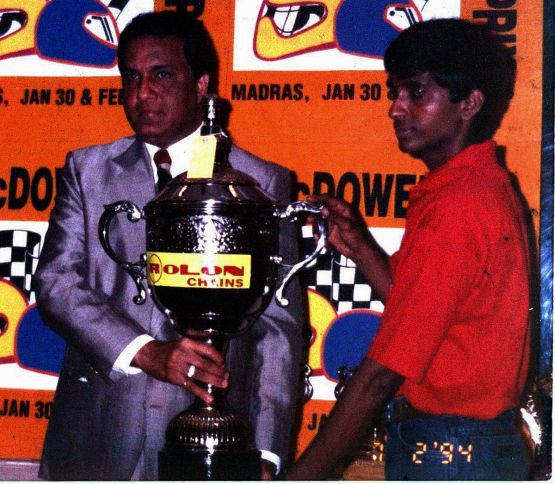 The demise of MR Raj Kumar is a huge loss to Indian two-wheeler racing. ‘Raju’ was the chairman of technical regulations (two-wheeler racing) at the FMSCI, India’s motorsport governing authority, and a former motorcycle racer himself. His career spanned from the mid 1980s to late 90s during which he won several races and championships, mostly on Yamaha motorcycles.

Raju and his twin MR Rajendra were top riders of their era and had also started a company named Indus Karts that made go-karts. Bike India editor Aspi Bhathena, a former motorcycle racer himself, fondly remembers the racing battles he had with Raju and respects him as a competitor and a genuinely nice person. Aspi also adds that Raju was a very good rider who knew how to build a race bike and was also good at setting up the bikes.

MR Raj Kumar passed away last night at the age of 52 years after suffering from a terminal disease since 2012. Bike India mourns his death and salutes his lifelong dedication to motorsport. May his soul rest in peace.