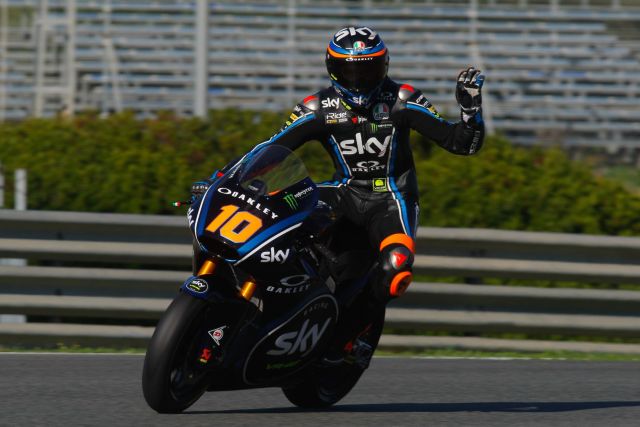 New block on the track has begun unravelling records in the Moto2 category. If you do not know what exactly we are on about, take a look at the new engine in the Moto2 intermediate class. If you are up to speed, you are probably as excited as we are about the upcoming racing season where Moto2 racers will battle it out with the Triumph-engined race machines.

Instagram was abuzz with pictures and videos from the Jerez test over the past week. While MotoGP hogged most of the attention, some records were being broken in the smaller Moto2 category. At the end of the weekend, it was revealed that two testing laps were faster than the lap record at Jerez for the Moto2 class (1:41.890).

Luca Marini (Sky Racing Team VR46) and Sam Lowes (Federal Oil Gresini Moto2) are the two riders who have managed to achieve this feat with times of 1:41.524 and 1:41.792 respectively. Although more racers were looking forward to setting similar times on Sunday, inclement weather prevented them from doing so.

After such fiery pre-season testing, we can only imagine what kind of action awaits us in the 2019 championship. In the meantime, here are the riders and teams for the upcoming season.