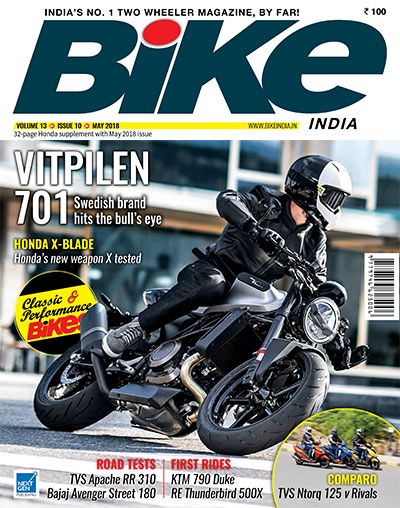 THE ROADS AND INFRASTRUCTURE IN GENERAL IN THE COUNTRY seem to have failed to keep up with the growth in the number of new vehicles coming on to the roads every day. A recent survey conducted in the city of Pune showed that the number of automobiles was more than the population of the city. This is due to the lack of proper public transport. The bus rapid transport (BRT) lanes are not being used properly and the ones that are being used seem to be occupied by municipal transport buses that have broken down. These buses are in such a poor condition that one would hesitate to step into them.

The MotoGP fiasco in Argentina has kicked up quite a stir in the motorcycling world. None of this would have happened if the officials had done their job and black-flagged Marc Marquez for riding in the wrong direction on the racetrack. However, nobody showed the courage to do so because Marquez is running the MotoGP championship like Michael Schumacher was running F1 when he was with Ferrari. His lame excuse was that he did not know what the marshal was saying. If one has been racing motorcycles for the past 10 years and one still does not know a simple rule that one cannot ride in the wrong direction on the racetrack, then one should not race motorcycles at all.

Marquez needs to be suspended for a minimum of six months and a rule has to be brought in that every time a rider bumps someone, he should be docked with championship points. Something has to be done before someone gets seriously hurt or killed. It is not funny when somebody comes and hits you at 300 km/h.