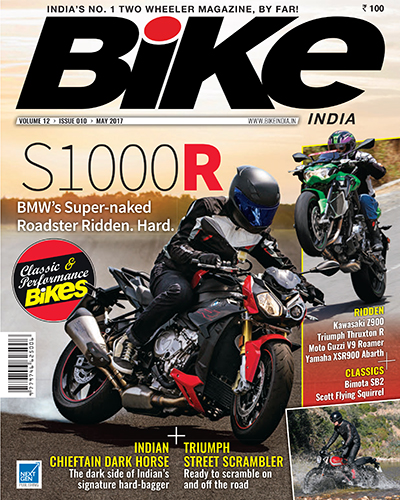 THE TWO-WHEELER INDUSTRY WAS JUST ABOUT
recovering from the effects of demonetisation when the manufacturers suffered another jolt as the Honourable Supreme Court stopped the sale of BS-III two-wheelers from 1 April. The whole thing was a mess for, according to the government, one could manufacture BS-III bikes until 31 March, but the Court stopped the registration from 1 April. Those who took delivery of new bikes on Gudhi Padwa would not think that this day was very auspicious because the very next day the prices of new BS-III-compliant two-wheelers were slashed by up to 50 per cent.

The Lok Sabha passed a Bill containing provisions for hefty fines for breaking traffic rules. It is a move in the right direction but traffic rules need to be enforced as we already have them in place. How many people follow them? Most of them are unaware even of the basic dos and don’ts. Forget the general public, I don’t think many of those who enforce the rules know them for instance, giving way to the traffic coming from the right or giving way to people who are on the main road, and not cutting to the right side of the road when taking a right turn so that the traffic coming from the right can continue to turn left. You should not park on corners and junctions. One thing that will definitely come out of the new Bill is the rate of chai-paani will go up.

After a long wait BMW Motorrad have finally entered India on the 12th with the opening of their first showroom in Mumbai, the second in Bengaluru on the 13th, and in Pune on the 14th.