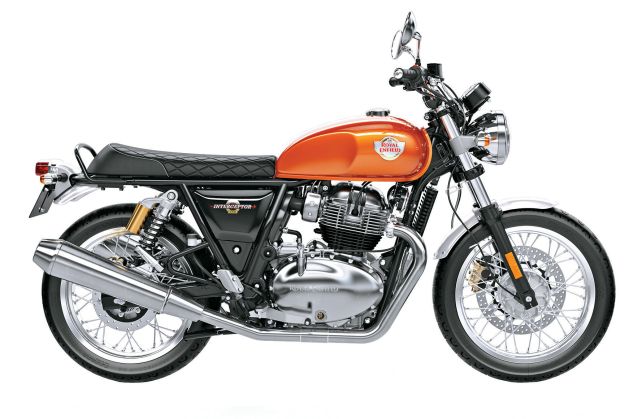 Bathed in chrome and sporting silhouettes that were mainstream decades ago, these no-frills machines embody the purest form of motorcycling. Their continued demand suggests that the old-world design language is truly timeless, and appeals to riders across generations.

Here’s a look at five machines that can fulfil your desire to go retro. 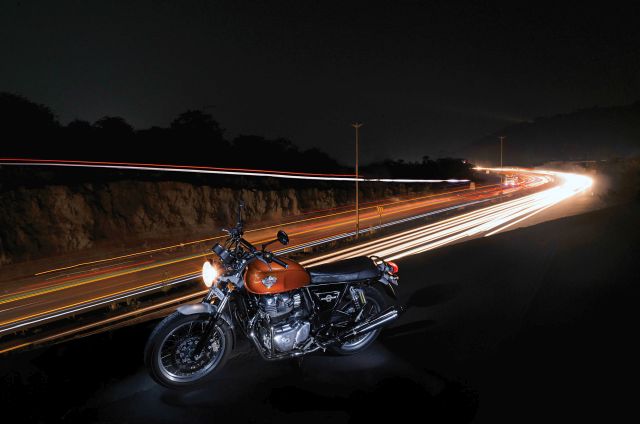 If you’re looking for big-bike performance with old-school styling and at an accessible price point, you needn’t look further than the Royal Enfield Interceptor. Embodying the charm of the classic British twins that ruled the roads from as early as the 1930s, the Interceptor effortlessly merges classic lines with modern-day technology in an easy-to-use package that stays true to its roots. 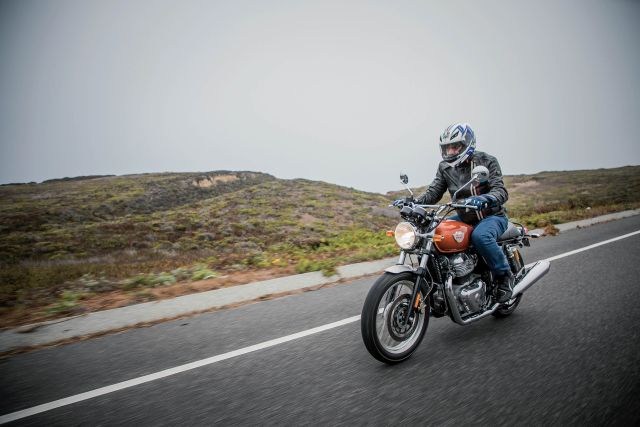 Within the Interceptor’s simple twin-cradle steel frame sits a 648-cc air-cooled parallel twin that puts out 47.5 hp at 7,250 rpm and 52 Nm at 5,250 rpm, mated to a smooth-shifting six-speed gearbox. With an SOHC design, breathing through an eight-valve head and incorporating a finely-tuned Bosch electronic fuel injection system, this motor perfectly balances the old with the new, and can propel the Interceptor to a top speed in excess of 160 km/h.

Priced at Rs 2.65 lakh (ex-showroom), the RE Interceptor is the most affordable twin-cylinder motorcycle on the market today. Its sturdy build quality and relatively uncomplicated construction mean that this bike will probably do just about anything you ask of it, and consistently impress you with its all-round ability. 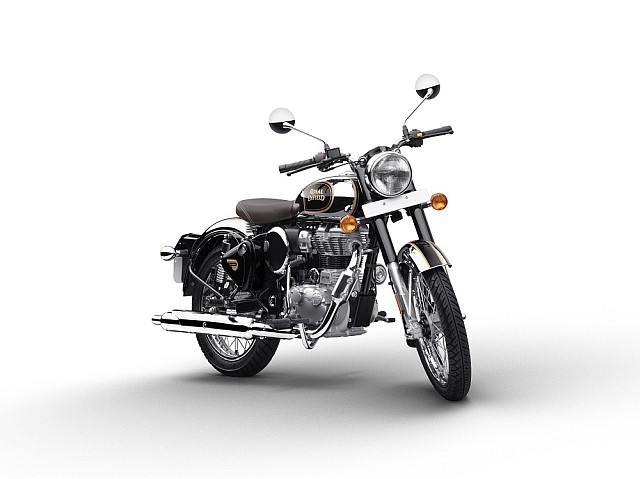 More options open up at a slightly lower price point if outright performance isn’t your thing, and you just want a classic-styled machine with which to relive simpler times. The next three motorcycles on this list compete directly with each other in the sub-two-lakh price bracket, and it’s no surprise that one of them is another Royal Enfield. After all, this marque has been building chrome-swathed post-war-inspired bikes for as long as we can remember, and the machine in question is the Classic 350, priced at Rs 1.70 lakh (ex-showroom).

With a form that has gone mostly unchanged for decades, just about any Indian of any age, whether they like motorcycles or not, can instantly recognise the Classic 350 as a Royal Enfield. Although not as powerful or advanced as he Interceptor, this bike and its single-cylinder thump have a fan following so strong that, if you have decided you want to own an RE 350, there’s absolutely nothing else that you will even consider. 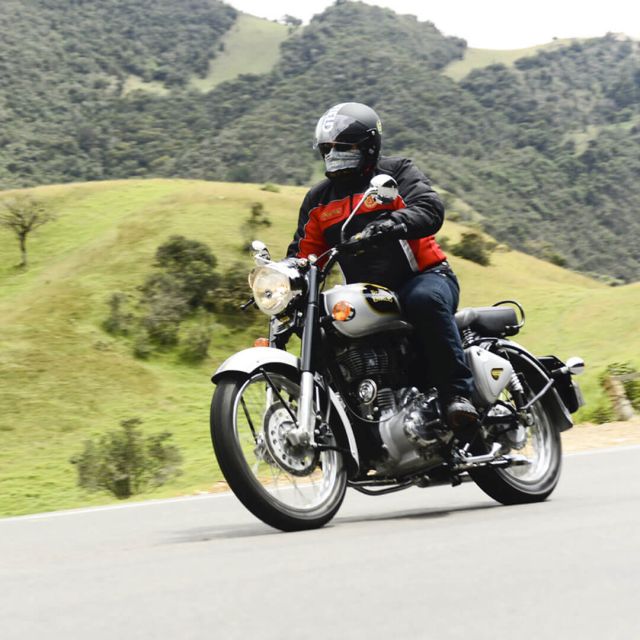 The tall, air-cooled, 346-cc single acts as a stressed member within a single-downtube frame, and puts out 20 hp at 5,250 rpm, while torque peaks at 28 Nm at 4,000 rpm. Old-school touches include the pushrod-operated valvetrain, spring-mounted saddle and pea-shooter exhaust, while paint quality and overall finish are top-notch. The RE Classic 350 is a truly iconic machine in the landscape of Indian motorcycling.

The next bike on our list is the recently-reborn Jawa, priced at Rs 1.64 lakh (ex-showroom) to challenge the Royal Enfield Classic 350 in the classic bike space. 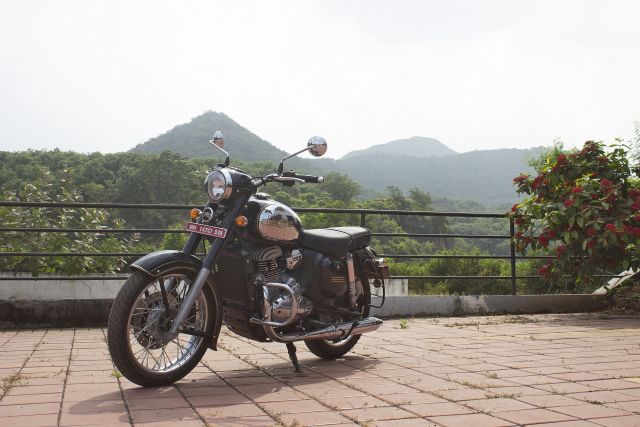 The Jawa marque was born in 1930s Czechoslovakia, and grew to be one of the popular motorcycle brands in the world, exporting bikes to over 120 countries by the 1950s. The brand was introduced to India through the Mysore-based subsidiary Ideal Jawa in 1960, with a licensed local production run that lasted from 1961 to 1973. Although the rugged, two-stroke, 250-cc Jawas are now a thing of the past, they command a massive fan following in the country to this day, and restored examples are sold as collectables at outrageous prices. 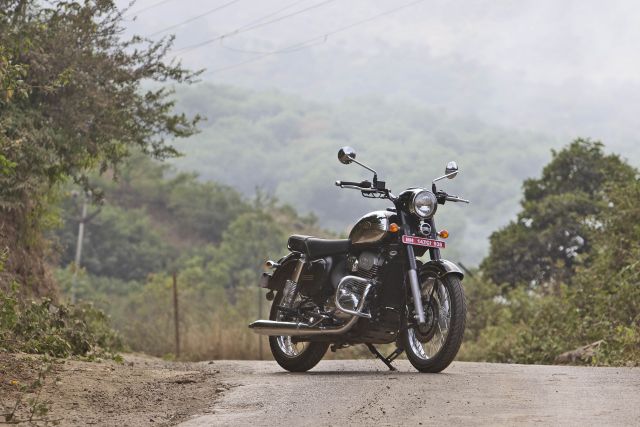 Taking advantage of the love that Indian bikers have for that classic shape, the immense brand recognition and the awesome success of the original through the ‘60s and ‘70s, the Mahindra Group acquired the licence to produce and sell Jawa-branded motorcycles in India in 2016 and launched two models in 2018. The new Jawa faithfully recreates the iconic design of the original, although it is powered by a modern 293-cc, liquid-cooled single that makes 27 hp and 28 Nm of twist. 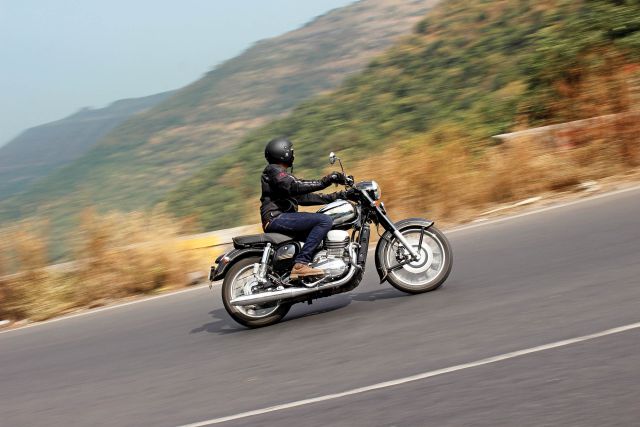 The return of the Jawa brand brought with it a wave of nostalgia and several senior bikers who once owned a Jawa all those years ago have gone ahead and bought one to relive the good old days. If you have fond childhood memories of a Jawa in your family, you will certainly gravitate towards the classic shape that was a part of your youth. 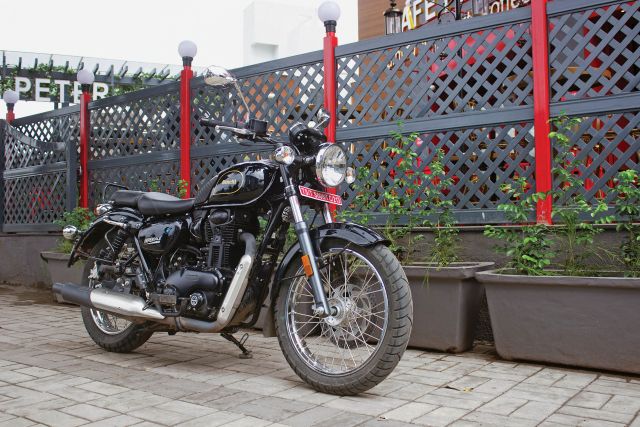 If, on the other hand, brand loyalty doesn’t concern you and you are in the market for a classic-styled motorcycle that stands apart in the sub-two-lakh space, the Benelli Imperiale 400 is a worthy contender. Bringing with it the air of a European-designed standard motorcycle from half a century ago, the Imperiale 400 is a no-frills, bare-bones machine, designed to fit onto the accepted mould of a modern classic, with all the mechanical bits on display. The peanut-shaped tank, sprung rider’s perch, minimalistic, old-style decals and liberal use of chrome all fall in line with this theme, while the 19-inch front wheel gives the front end that tall, period-correct stance. 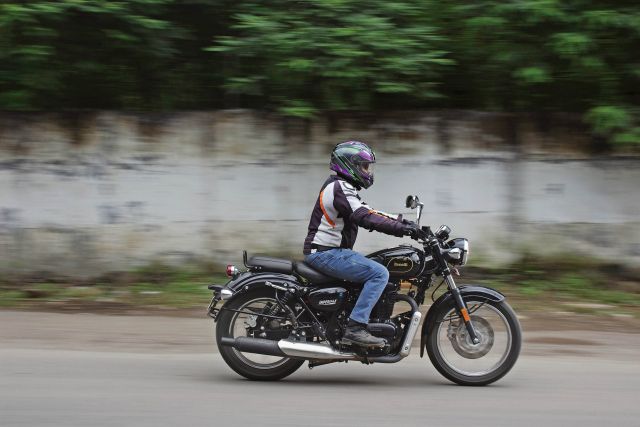 We rode the Imperiale 400 a few months ago, and the bike left us quite impressed on a number of counts. The air-cooled SOHC single felt smooth and free-revving, with a pleasing exhaust note when accelerating hard. The 374-cc long-stroke motor churns out a healthy 29 Nm of twist at 4,500 rpm before hitting its 21 hp peak at 5,500 rpm, and the bike’s neutral handling characteristics inspire confidence in the city or out on the open road. 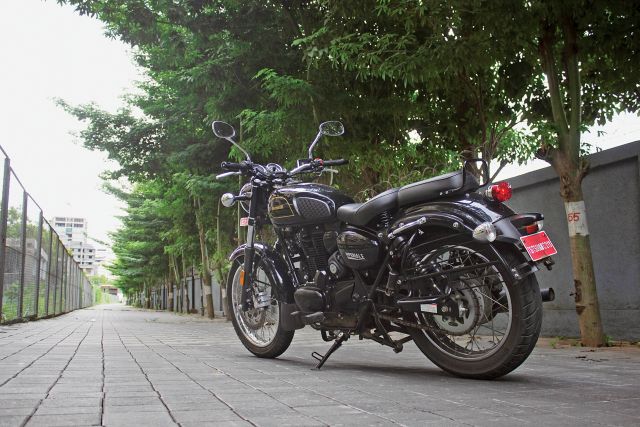 The Benelli Imperiale 400 is a capable machine that ticks all the boxes for an easy-to-ride, classic-styled motorcycle that brings with it its own individuality. With prices starting at Rs 1.69 lakh (ex-showroom) it makes for a worthy opponent to the more established offerings from the Royal Enfield and Jawa stables. 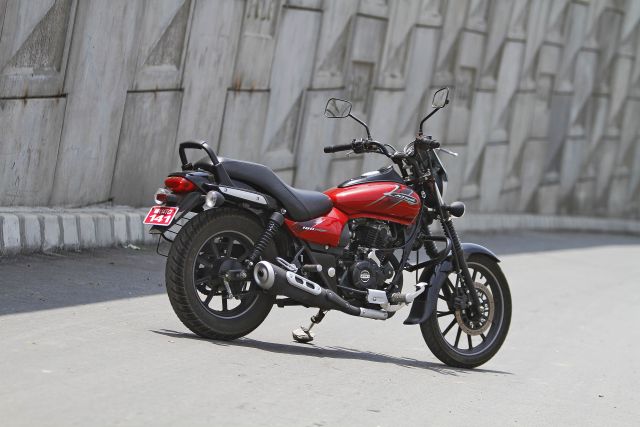 The last bike on our list is also the most accessible here, with prices starting at just below Rs 1 lakh. It will appeal specifically to cruiser fans, with its raked-out fork, forward-set foot controls and low-slung profile. I am, of course, referring to the Bajaj Avenger, the bike that was spawned from the Kawasaki Bajaj Eliminator that kicked off the cruiser craze way back in 2001. 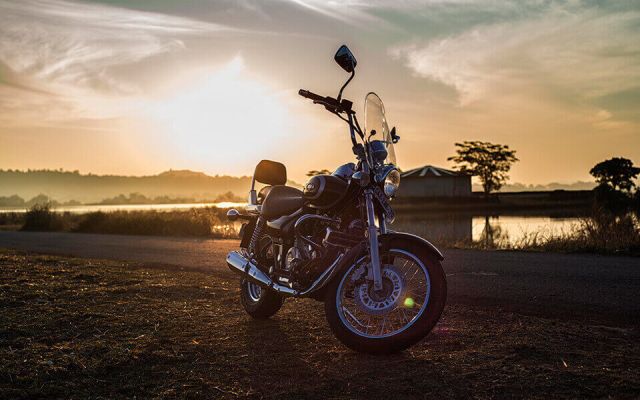 This base variant features several blacked-out components including the alloy wheels, exhaust, engine, handlebar, fork, rear shock absorbers and the instrument binnacle on the tank. The Avenger Cruise 220, on the other hand, fits better into the traditional cruiser mould with its spoked wheels, lots of shiny chrome, a raised handlebar, pillion backrest and tall screen. It would be my pick for laid-back touring, as it can comfortably cruise at 80 to 100 km/h for extended periods of time. The Street 160 makes for a comfortable city bike without giving up the classic cruiser form, although the motor may start to feel somewhat strained if pushed to the limit on the highway.