The Kawasaki Ninja ZX-25R is a track-focused, in-line four-cylinder, 250-cc motorcycle that is set to officially launch in Indonesia very soon. 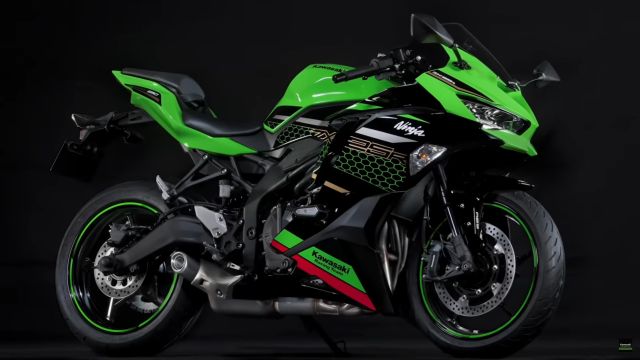 The launch of the Kawasaki Ninja ZX-25R was set to take place in April but has been postponed in Indonesia due to the coronavirus pandemic. Dealerships have also started accepting bookings for the bike. While we have been waiting for the official launch of the Kawasaki Ninja ZX-25R, the Japanese manufacturers have been teasing the in-line-four beast in short videos on YouTube. Reports online have stated that the motorcycle would be priced between IDR 64.8 million (Rs 3.49 lakh) and IDR 73.2 (Rs 3.94 lakh).

This aggressive price tag is only likely to be seen in the Indonesian market as they are one of the largest quarter-litre motorcycle markets and tax on a 250-cc motorcycle is fairly less when compared to a big-bike. If this motorcycle was to come to India it would easily be priced above the Rs-5.50-lakh mark considering all the equipment it packs. 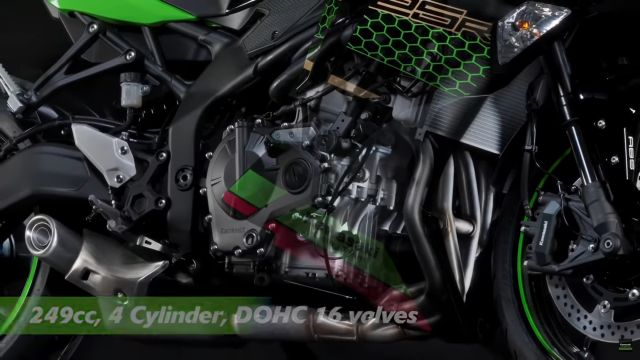 Many of the details of the Kawasaki Ninja ZX-25R have been clear since it made its début at the Tokyo Motor Show 2019. The only thing that we have to wait for are the official power figures of the 250-cc, in-line four-cylinder motor. This is a high-revving engine redlining all the way at 17,500 rpm, and we expect it to produce around 55 hp. The latest video features footage of World Superbike (WSBK) riders Jonathan Rea and Alex Lowes from the Kawasaki Racing Team putting in some laps at the Jerez circuit in Spain, where the bike is seen hitting 160 km/h in the fifth gear.

The bike takes its sharp design and styling elements from its bigger siblings, the ZX-6R and the ZX-10R. Top specification parts have been used all over the bike where the suspension set-up consists of Showa SFF Big Piston forks at the front and a horizontal back-link at the rear. Modern electronics aids including power-modes, quick-shifter, and Traction Control are also all part of the standard package.