With the only changes being only two new paint jobs and an additional twenty thousand rupees on the price tag, the Kawasaki Ninja 300 is otherwise, exactly how we like it. The new Kawasaki Ninja 300 bears a striking resemblance to its larger sibling owing to the borrowed styling cues and will now be available in three colour schemes – “Lime Green”, “Candy Lime Green Type 3” and “Ebony”. The cost of the BS6-compliant Kawasaki Ninja 300 will be Rs 3.18 lakh (ex-showroom). Kawasaki have specifically mentioned that they have met the BS6/Euro 5 regulations without sacrificing power. The Ninja is designed based on “Rideology” which is Kawasaki’s rider-centric development philosophy focused on how the riding experience offered by a Kawasaki is crafted ensuring that their machines are fun to ride and rewarding to control. 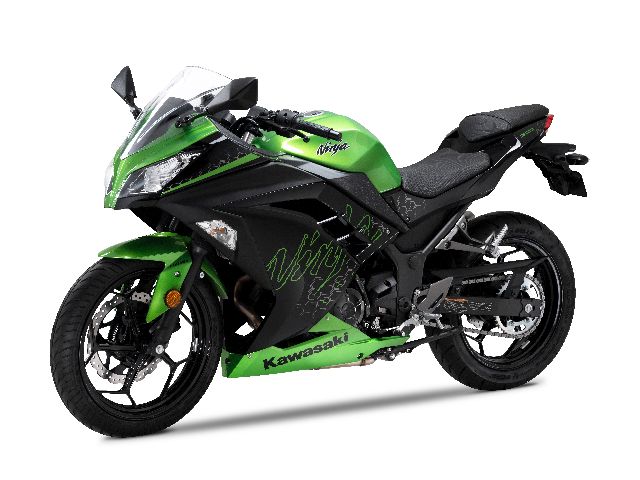 Earlier, the marque circulated a teaser image of two green-cover-clad motorcycles and it surely had the enthusiasts on the edge of their seats. While one of them might just be the Kawasaki Versys 300 the other has been revealed to be the new Ninja 300. From the details, it is evident that the BS6 Kawasaki Ninja 300 has retained its styling from previous generations with only new paint schemes to set it apart from the past iterations of the motorcycle. The new Ninja is powered by the familiar 296-cc, liquid-cooled, parallel-twin engine and has the same power and torque figures. The six-speed transmission also remains the same as before. 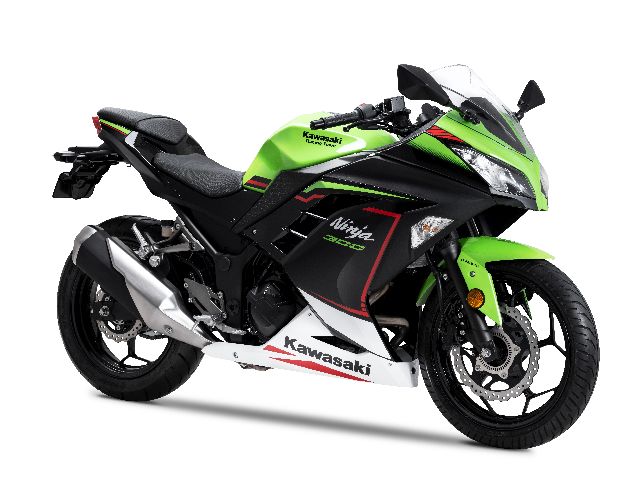 Meanwhile, speculations and fan theories suggest that the other motorcycle under the cover with the BS6 Kawasaki Ninja 300 is most likely to be the Versys 300. The details of the Kawasaki Versys 300 are still not available but it is quite possible that Kawasaki have noted the increasing demand for adventure motorcycles in India. The Japanese motorcycle manufacturer might make a strategic move into the adventure motorcycle domain by bringing the updated Kawasaki Versys 300 to Indian markets. As seen in the picture, the bike (on the right in the image) has a relatively taller stance suggesting that it could, in all probability, be an adventure-tourer. If it turns out to be so, the bike will be pitted against the likes of KTM 390 Adventure, BMW G 310 GS and the Royal Enfield Himalayan. The second bike could also be their all-new, litre-class superbike, the Ninja ZX-10R, but we will have to wait a few more weeks to find out. The latest poster from Kawasaki reads “Enjoy the silent roar. Stay tuned.” Therefore, do not be surprised if you find an electric Kawasaki sport bike headed your way. Kawasaki have decided to expand business by adding new models to their portfolio in India but the extent to which these bikes will be affordable according to Indian standards will still be debatable.