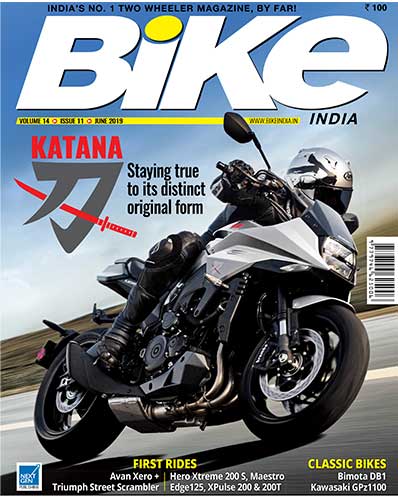 THE TWO-WHEELER INDUSTRY HAS BEEN WITNESSING A DECLINE MONTH ON MONTH FOR the past six months. There are a couple of reasons for this such as the atmosphere of uncertainty in the market, whether it is the job situation or just no cash flow, and to top these issues there is the compulsory five-year insurance for two-wheelers. When somebody buys an entry-level 100/110-cc motorcycle in the region of Rs 50,000, they are already stretching themselves to buy a daily mode of transport. If, over and above this, you burden them with a further Rs 5,000 or Rs 6,000, it makes the bike an unaffordable proposition for them.

Then we also had a fuel price hike wherein the cost of fuel hit the ceiling with an all-time high of Rs 90 per litre. If all this were not enough, we have the Bharat Stage VI norms coming into force. To meet these norms the manufacturers will have to do a considerable amount of work on the existing models and most of them will have to shift from carburettors to fuelinjection. This is going to push the prices even further north and if the economy does not improve, then the downward trend will continue for two-wheeler manufacturers.

The other day I stopped a motorcyclist going down the wrong way at Koregaon Park in Pune and asked him to turn around and ride on the correct side of the road. His response to me was, ‘This is my country and I will do what I want! Who are you to tell me?’ If such is the people’s attitude, what hope can we have? The only option is to enforce law and order in a strict manner, due to which the same Indians follow rules when abroad. Only then will we see some change in the attitude of the people; otherwise the scenario is bound to go from bad to worse.