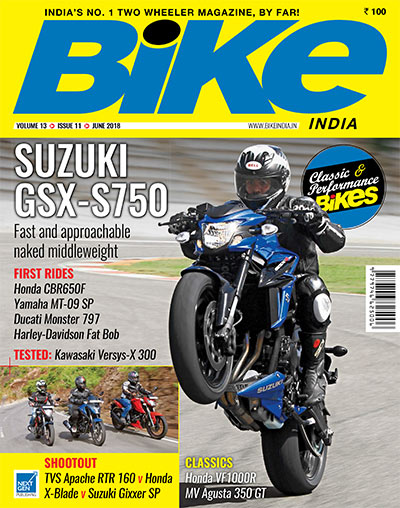 Put a Stop to This Menace

IT IS WITH A HEAVY HEART THAT I AM WRITING THIS MONTH’S editorial and that is because of a tragedy that occurred of late, one that I always fear about: people driving down the wrong way on our highways. Last month a truck driving down the wrong way hit Darshan Rajpara, a dear friend of mine and Bike India, a keen biker, and a member of the core team of 70 EMG and India Bike Week.

What is the point of being the largest two-wheeler market in the world if our roads are such death-traps? It is high time drastic steps were taken by the authorities to enforce the law. In the aforesaid unfortunate case, the truck driver drove away scot-free after taking an innocent man’s life. Indeed, offenders like this should be tried for manslaughter and every time anyone is caught driving down the wrong way, s/he should not only be fined, but put behind bars because, at the end of the day, it could be a case of attempted murder.

Last year alone our country witnessed 1,48,000 deaths in highway accidents, and these were only the ones that were reported. As a country of a billion people, we do not seem to attach much importance to life, so much so that we are willing to put someone’s life to risk just to save ourselves a one-kilometre detour.

The only thing we seem to get from our politicians is lip-service; all that they are interested in is getting elected and coming to power. When efforts are made privately to curb issues like this, it is our government bodies that have them removed. For instance, one of the housing societies had put one-way spike speed-breakers, similar to those in American parking lots, but the Pune police had them removed.