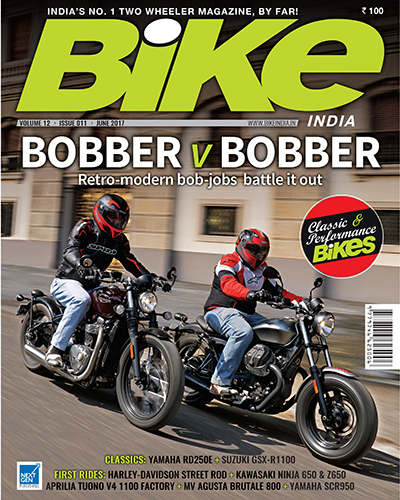 The Flipside to Number One

LAST MONTH I WAS INVITED TO SINGAPORE TO RIDE THE new Harley-Davidson Street Rod. The very first time I rode the Street 750, I was really surprised because I had read some reviews criticising the bike, starting with the riding position to the engine and handling. In fact, the bike had a lot going for it from the riding position, handling to the extremely user-friendly engine. The Street 750 is a fantastic platform and the Street Rod is the first variant on this platform. Don’t be too surprised if you see a café racer and flat track racer from Harley-Davidson based on the Street platform in the near future.

When I look back to the time when I was growing up to now, it is sad to see how the law and order situation has deteriorated. If your bicycle did not have lights or if you were riding double-seat and the policeman caught you, he would deflate the tyres. Today riding triple-seat or going down the wrong way on a motorcycle is a ‘done’ thing. Last month when a two-wheeler rider was going the wrong way and brushed a pedestrian, and when the pedestrian complained, the rider just turned around, came back and stabbed the pedestrian.

Last but not least is that India has become the biggest two-wheeler market, overtaking China. It is great for the manufacturers to be in the biggest twowheeler market in the world. At the same time, HMSI became the number one in the Honda family of companies as far as the numbers go. There is a flipside to becoming number one; it is that we will have that many more who do not obey traffic rules. We need to make sure that people know all the traffic rules before they get a riding licence.