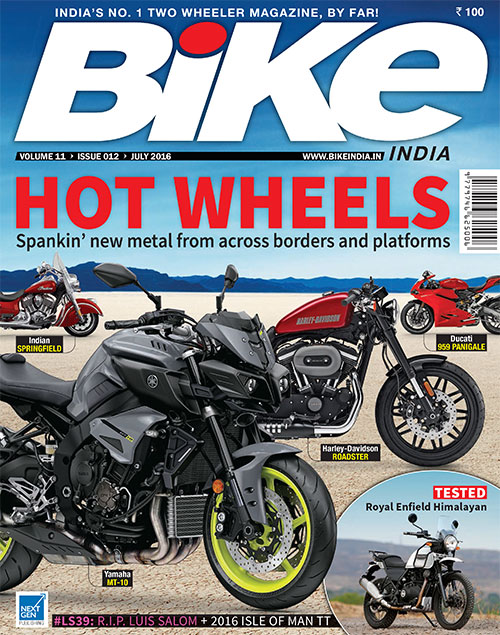 The Government of Maharashtra has increased the road tax on all two-wheelers and more than doubled it on CBU (completely built-up unit) two-wheelers. The road tax on a CBU now stands at up to 20 per cent of the value of the motorcycle. We are paying this hefty road tax for the fantastic roads and other infrastructure the government is providing to the ordinary man — the two-wheeler user.

The government should stop collecting road tax at the time of vehicle registration; instead it should be charged on petrol for this would then mean that you are paying tax for the road you are using in that particular area. The road tax you pay in Maharashtra is not valid in other States. When you move from one State to another, you have to pay the road tax once again. Yes, you can reclaim your road tax after furnishing proof that the bike has been re-registered, but getting a refund from the RTO is another story in itself. Normally, road tax is paid on the weight of the vehicle, not its price. For instance, a 10-tonne truck pays less road tax than the Ducati 1299 Panigale S which weighs less than 200 kg.

The transport minister had made a statement some time back, saying that the RTO is worse than the dacoits of Chambal. If that is the case, something should be done about it.

Today if one has to re-register a bike from one State to another it becomes a big ordeal that starts from getting an NOC (no-objection certificate) from the RTO where it is originally registered. This takes over a month as the RTO sends an inquiry to the local police to find if there are any pending traffic offences against that registration number. After procuring the NOC it is time for the second ordeal with the RTO where you want to register your bike. After submitting all the papers there is a 40-day cool-off period for the NOC, then re-inspection of the bike by the RTO inspector and then you pay the road tax once again and apply for a new registration number. This exercise will take at least six months to complete if you have a good agent (tout) in both the RTO offices.

If we had a central registering authority, we could use our bikes anywhere in the country without being stopped by the local police for riding a two-wheeler registered in another State.