A woman sells all her possessions to go on the trip of a lifetime, starting from our country. We caught up with Noraly Schoenmaker via e-mail as she munched miles towards her destination

My name is Noraly and I am a 31-year-old Dutch solo female traveller, currently riding a Royal Enfield Himalayan from India towards Malaysia and beyond. My travels really kicked off at the age of 23 when I ended up working in gold mining in Australia, became rich and travelled solo around the world for two full years. Completely broke and homeless, I returned to Holland to find a job again. The following five years I worked for an international dredging contractor and did the craziest projects from the Bahamas and Brazil all the way to Kuwait, Kazakhstan, Uruguay, Morocco, and many places in between. Working in all these different countries was never the same as being a full-time traveller, though. So I made a decision: I quit my job, sold my stuff and hit the road again. But this time I wanted to travel by motorbike. I had been riding a Ducati Monster 796 for the past three years. It had very quickly become my greatest passion (together with travelling). So why not combine the two things I love most in this world and travel by a motorbike?

So, now I am riding solo on a Royal Enfield Himalayan (still wearing my Ducati boots and helmet, though) and am having incredible road adventures. My life is not boring for one single day! Is this your first time in India and what made you choose this country as the starting point of your ride?

My first time in India was actually eight years ago. I had just finished my M Sc in the Netherlands and taken a three-month break for travelling before starting a Ph D. I went to India and there I decided that I did not want to go back and start a Ph D. I wanted to continue travelling instead. I ended up working in gold mining and travelling around the world for two years, all inspired by India! So, when I decided to leave everything behind in the Netherlands once again, about five months ago, I figured India would be the obvious choice to start a new trip around the world! What has been the scariest moment of your ride thus far and how did you overcome it?

I was riding in Sikkim on a narrow road when a truck came around the corner at full speed. Even though I braked quickly and was standing still, it was coming at me full frontal! Balancing on the edge of the mountain, I had nowhere to go. No other option than to blow my horn furiously and signal continuously with my lights. It was at the very last second that the truck swung to the side. It literally brushed past me. I parked the bike at the next safe place I could find, got off the bike and took a couple of very, very deep breaths. That was a close call!

Based on your experience, which is the best road to ride on in India?

Riding a Royal Enfield Himalayan, I have to pick the road into the Zanskar Valley: 200 kilometres of unpaved, rocky, sandy, bumpy but magnificent road. The scenery around here is absolutely stunning and almost nobody dares to make it into this valley. I rode for hours on end without seeing a single soul. Riding through glacier rivers that ran over the road, extremely narrow paths with steep drops, full of sand, loose rocks and boulders — this is one hardcore road! Many people declared me crazy for going in here by myself, but it was so worth it! For a ride of this magnitude, how did you zero in on the Royal Enfield Himalayan as your companion?

Before I bought my Royal Enfield Himalayan 2018, I had rented the 2017 model to ride around Ladakh. I found it a very comfortable, easy-to-ride bike and great for riding off-road. When I returned the rental bike, I missed having it around so much that I decided to buy one. Because I am embarking on a year-long ride, I chose to buy the new 2018 model. How did you prepare for this ride and do you have any advice for people who are planning a ride like yours?

To ride an Indian bike across to Malaysia requires quite a bit of paperwork. I had to arrange a Carnet-de-Passage, get my visa for Myanmar, and arrange a guide to ride through Myanmar (you are not allowed to do so independently).

Because I bought a new bike, I also had to wait for the RC card to be ready, which took a couple of weeks. So in that time I arranged the Carnet-de-Passage and prepared my crossing through Myanmar. I also took mechanic classes in Karol Bagh, Delhi. They taught me how to do the basic maintenance such as tighten and grease the chain, change the clutch cable, change a fuse, clean the air-filter, change the brake pads, change the oil (-filter), and fix a tyre puncture.

It also gave me time to buy all the necessary spare parts and tools for when I am riding in areas where there aren’t Royal Enfield workshops around. But that was pretty much all the preparation I did. I have no fixed route planned and no accommodation planned either. I take it day-by-day and often have no clue yet where I will be the next day.

For me, that is the best way to do it, because trying to stick to a fixed plan on such a ride is impossible! Roads may be closed, the bike may break down, political situations may change, and I may like a place so much I want to stay longer. Being flexible is the best way to go on such a big ride. What route are you taking to your destination?

I will ride through the north-eastern states to the border with Myanmar. In six days I will cross Myanmar into northern Thailand. From there, I will ride south towards Malaysia.

I actually have a bit of a crazy plan after Malaysia, too. I want to ship the bike (and myself) to Iran and ride through the “Stans” (Uzbekistan, Tajikistan, Kyrgyzstan, and Kazakhstan). In one year’s time, I will return the bike to India. For the Carnet-de-Passage you need to put down quite a large sum of money as a deposit, which you only get back once you return to India with the motorbike. So I will come back to India once more. But first ride my Royal Enfield Himalayan for a year. 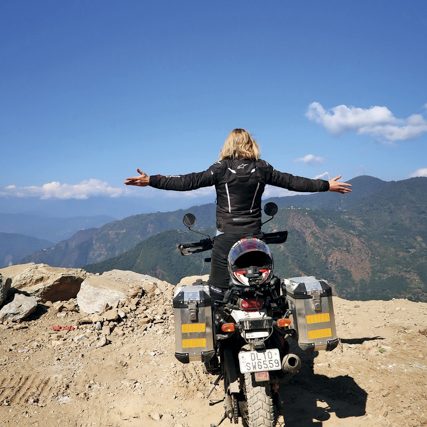 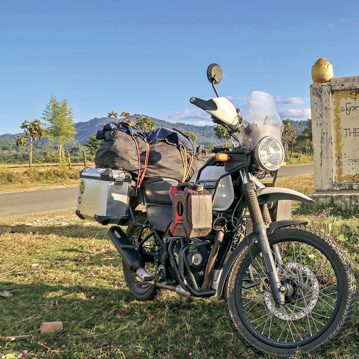 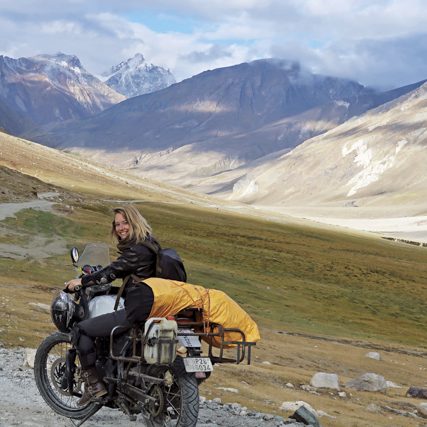 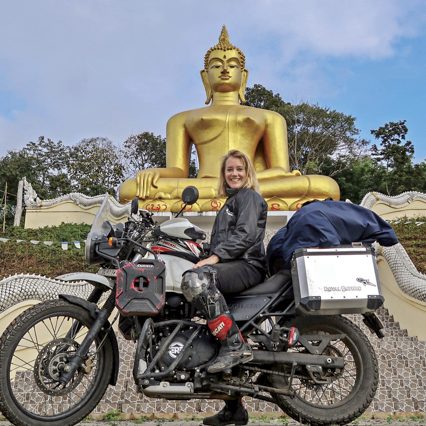 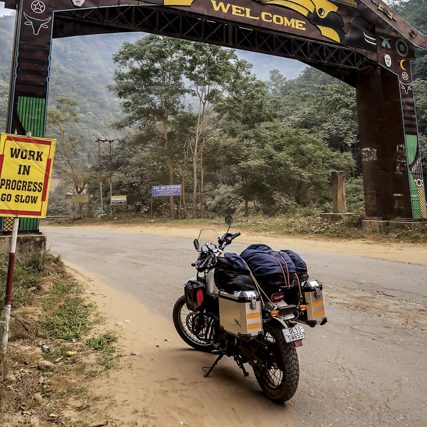 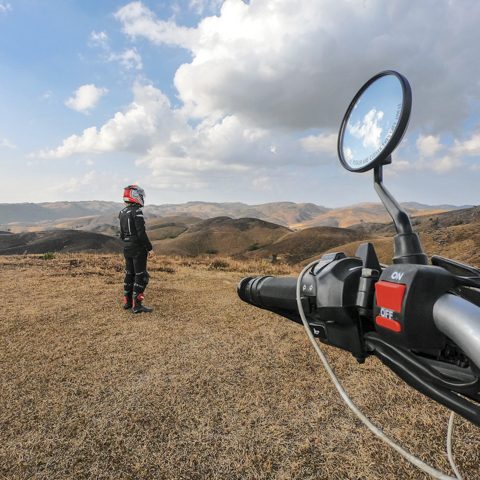