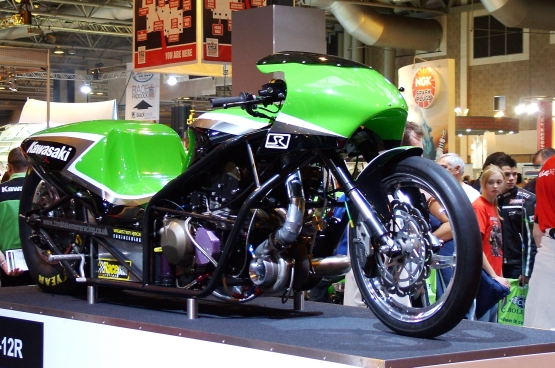 Kawasaki have created a 280-PS monster twin-turbo 800 based on the much-loved Ninja ZX-12R’s dragster avatar and it’s coming here!

Kawasaki have shocked the world with a twin-turbo 800cc four-cylinder ZX-8H making all of 280 PS! The move comes on the heels of the Ninja H2R launch which, with its 326 PS supercharged 998cc motor, was a desirable motorcycle, also considered out of reach to many. The 8H capitalises on the use of turbos inspired by the good old ZX-12R drag racer. Not only does this bring costs down, but also the availability of stronger and more durable parts sees economies of scale kick in.

When can you buy one? Well, this is April Fool’s Day, but we hope Kawasaki are inspired enough to create a more affordable forced-induction motorcycle.