Honda has unveiled their new CBR 400R at the Osaka Motorcycle Show in Japan.

It is styled akin to the larger CBR 500R, which was revealed just last year. In Japan, Honda will offer the CBR 400R, CB 400F and the 400X instead of their respective 500cc versions on account of their licensing system. The new CBR 400R shares the parallel-twin engine from the CBR 500R, albeit downsized from 471cc to a displacement of 399cc, achieved by using the same 67mm bore, but with a shorter stroke of 56.6mm. We can safely expect just over 40PS of power and a healthy torque output from this new slicked-up city ride.

Honda has created this new CBR with one aim in mind – to take a huge chunk of the now burgeoning market for compact middleweight sports bikes in upcoming markets like India and other parts of South East Asia. In many of these markets, the CBR 400R will be seen as a significant step-up from the 250cc class which has only recently started to pick up. With the new Kawasaki Ninja 300 and upcoming KTM Duke 390, it certainly has its work cut out.

Honda will bring the CBR 400R to India, but it would probably not make it here before 2014. When it does, expect to pay something of a slight premium over what Bajaj charges for the Ninja 250R. 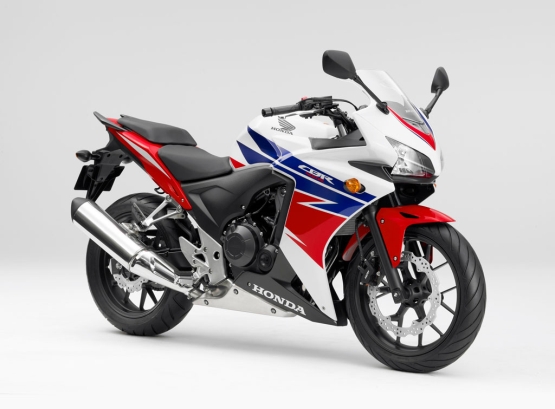