Team Repsol Honda recently took off the wraps of their 2014 RC213V MotoGP bike. The HRC team were in Aragon, Spain, to officially showcase Honda’s track tool for the next season. Having skipped the post-race test at Barcelona, Honda went straight to the Motorland Aragon circuit to test the new RC213V. The new HRC track-tool is an all-new machine, with a new chassis and a new power unit, and Honda is porting software from their own ECU to the Magneti Marelli unit. Honda technicians who have worked on the new and improved chassis for the 2014 bike are looking to introduce it in the present RC213V too, just to check the response from current Repsol riders, Dani Pedrosa and Marc Marquez.

In an exclusive interview to MCN, Takeo Yokoyama, Honda’s Technical Director, stated that the Magneti Marelli ECU which is mandatory as of 2014, is not present on the RC213V yet, as the engineers are focusing only on the power delivery and fuel efficiency at present. He also added that Honda technicians are focusing on making the engine comply with the rigors of carrying only 20 liters of fuel from now onwards.

Looks like the landscape of MotoGP is changing quite dramatically, with many a surprises like Suzuki’s come back to the premier-class racing, new rules and new developments like the 2014 RC213V. The next season is all set to become a sure-shot blockbuster. 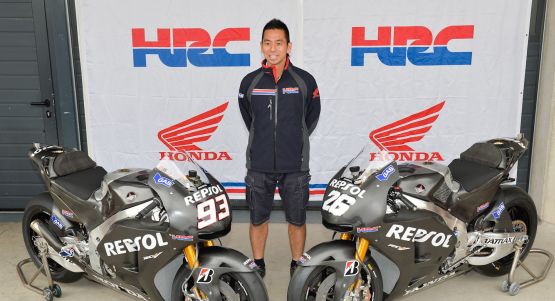 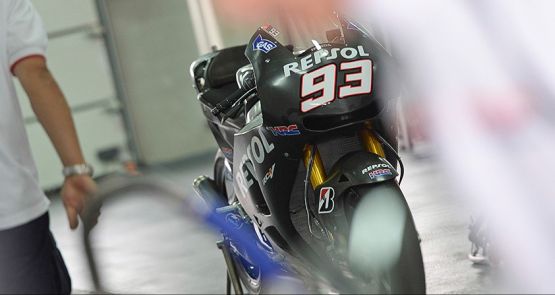 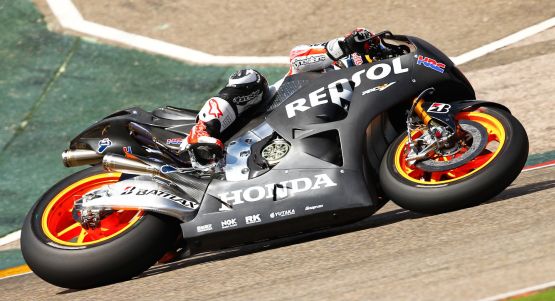