Eminent journalists from across the automobile industry came together for the prestigious IMOTY 2020 awards and declared the Hero Xpulse 200 as the winner. 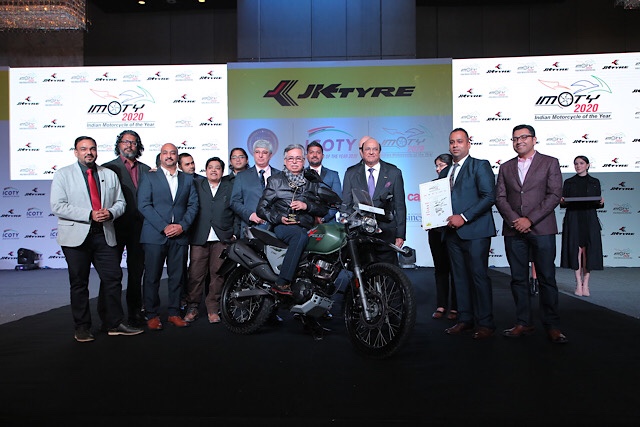 Over the years the IMOTY (Indian Motorcycle of the Year) has become the most coveted two-wheeler award in our country for its credibility and is often referred to as the “Oscar of Indian motorcycle awards”. A major reason for its huge success and growing popularity is JK Tyres. They have been supporting this award and sponsoring the grand award ceremony right since its inception.

For the 2020 edition, the eminent members of the jury gathered at the Buddh International Circuit (BIC) to vote for the most outstanding motorcycle of the year. (Also Read: IMOTY 2020 Jury Round)

There are a few basic rules the jury members followed while giving their scores and voting. The winner was decided on the following parameters: did the model raise the bar in the segment, was it reasonably priced, and was it relevant to the Indian two-wheeler market.

Although the year 2019 witnessed a number of new motorcycles being launched, the jury shortlist included the following:

The Bajaj Avenger Street 160 and the Pulsar 125, Benelli Imperiale 400, Hero Xtreme 200S and Xpulse 200, Honda CB300R, Jawa, KTM 125 Duke, Suzuki Gixxer 250, and Yamaha MT-15. One of the conditions was that the bikes had to be made available at the BIC on the 2nd of December for the jury to test-ride those before giving them points on the scoring sheets.

To keep the award proceedings transparent and to preclude any misgivings, the IMTOY had joined hands with Grant Thornton as the award validation partner. Representatives from this reputed agency collected the scoring sheets during the jury round, tabulated the points, and ensured complete secrecy by presenting the envelope with the winner’s name only at the award ceremony.

The evening was a gala event on 18 December that witnessed an impressive turnout. Top management from the two-wheeler industry joined the celebration, eager to find out which motorcycle would get the top honours.

The IMOTY 2020 saw one of the closest contests between the winning bike and the runners up. The Hero Xpulse 200 clinched the title from Honda CB 300R by just a single point, while the Suzuki Gixxer 250 trailed by eight points. 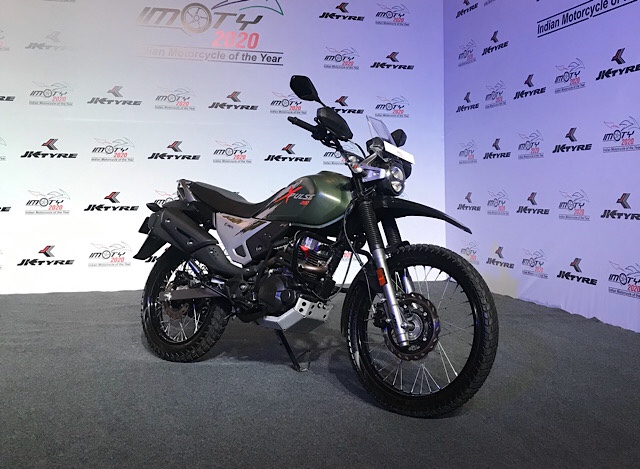 Dr Pawan Munjal, Chairman, Hero MotoCorp received the award and the celebration continued through the night as famed singer Gary Lawyer enthralled the gathering with some classic foot-tapping numbers.