The Hero MotoSports Team Rally had some misfortune at this year’s edition of the Dakar Rally. Up until the seventh stage, the riders bravely fought through the terrible conditions. After Paulo’s demise, however, the team decided to step out of contention as a mark of respect for the fallen rider. 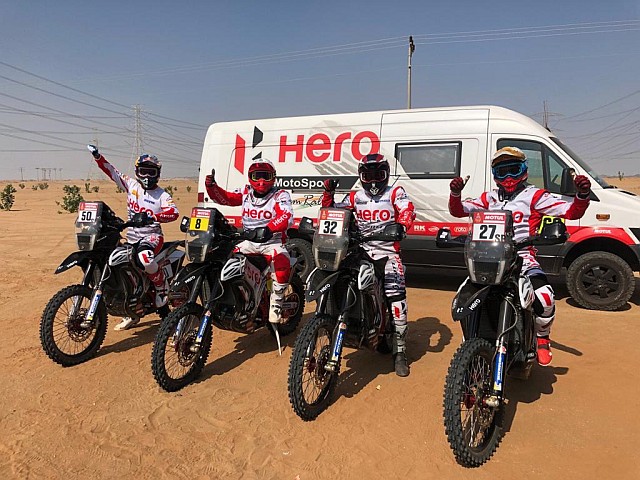 Being held in a new location for the first time, riders were all set to experience unknown terrain and routes through the deserts. The rally this time consisted of 12 stages spread between the 5th and 17th of January. 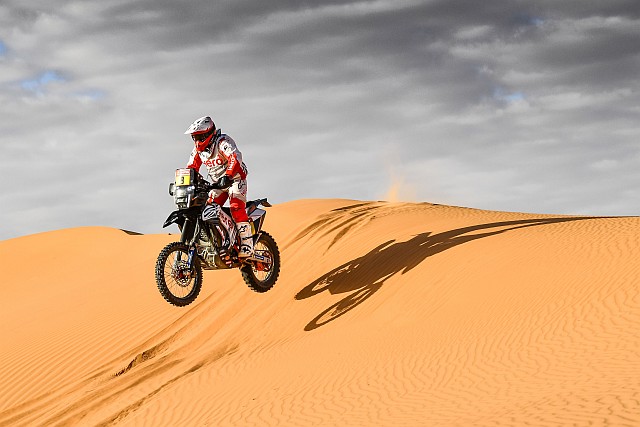 Having over 23 titles in motocross, enduro, and supercross to his credit, the Portuguese rider, Paulo Gonçalves, was the most experienced among the four members of the Hero MotoSports team. He began his Dakar adventure back in 2006 and went on to take part in 13 editions of the Rally. Paulo was nicknamed “Speedy”, a reference to the Looney Tunes character, Speedy González. Paulo is also considered a Dakar Legend, having participated in more than 10 editions of the Rally.

The third stage was where things became tricky for Paulo. He had a technical difficulty 30 kilometres into the stage. As per the rules, only another competitor was allowed to assist him. Not one to give up easily, he waited alone in the desert for help to arrive. A competitor from the truck category stopped to give him the replacement engine that he needed. He went on to replace the engine of the bike himself in the hot and sunny desert to complete the stage. Even after all this, Paulo had not given up hope. Determined, he completed the fourth stage with an amazing fourth-place finish. With this, he put himself in 77th place in the overall rankings, climbing up 33 places from the earlier 110th position.

Paulo’s journey came to an end in the seventh stage with a tragic incident. He suffered a crash that led to cardiac arrest. He was then taken to the nearest hospital, where he was pronounced dead. The eighth stage was then cancelled for bikes and quads in his honour. He will forever be remembered as a true legend of the sport. We extend our deepest condolences to Paulo’s family and the Hero MotoSports team. 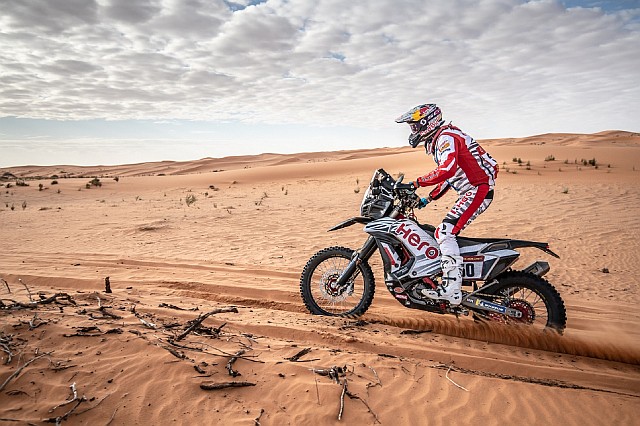 CS Santosh got his taste of the Saudi sands with a minor crash in the first stage but still climbed a few spots up from his starting position to finish the stage in 39th place. He had suffered a wrist injury in the first stage, which made it tricky for him to ride in the second stage. He battled through the pain to finish in 53rd place in the stage rankings and 48th in overall rankings. He went on to ride in the third stage and arrived safely in 44th place in the overall rankings at the end of the stage. The fourth stage of the rally was where CS was able to climb up to 42nd place in the overall rankings. By the sixth stage, he was leading the team ranking at 36th position overall, followed by Paulo in 46th place. 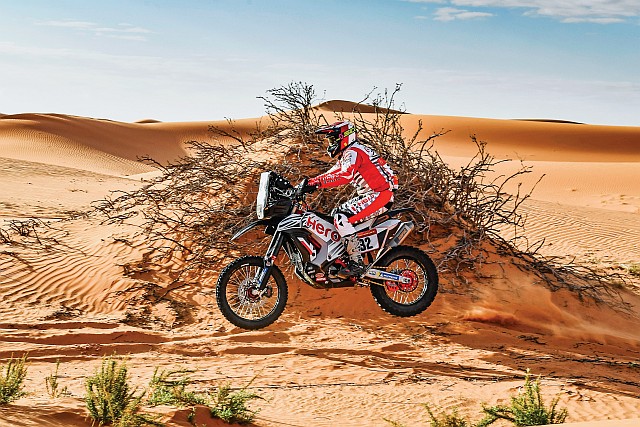 The youngest member of the team, Sebastian Bühler, was able to complete the first stage safely and cross the finish line in 31st place. He then went on to the second stage, fighting through the dust and technical rocky sections to finish the stage in 21st overall in 25th place. On the third day, he made a significant improvement and battled to move up to 23rd place in the overall rankings and maintained the same pace to finish 20th overall at the end of the fourth stage. He kept up his form and brought home 21st place. Fighting to get into the top 15, he, unfortunately, faced a technical issue in the sixth stage which led to his retirement from the stage. As a result, he too was now out of the contention for the overall results, but, like his teammate Joaquim, would take part under the Wild Card rule from the next stage onwards. 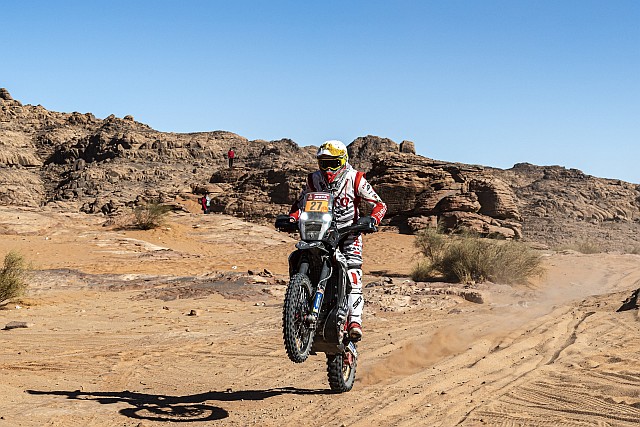 Unfortunately, Joaquim Rodrigues got entangled in a technical problem in the first stage, forcing him to retire. After this, he could still race under the Wild Card rule, which meant that he would not be able to contend in the overall rankings but remained in the competition for the stage results. This gave him a chance to still ride and gain some serious experience in the Rally. He continued his journey and paced himself to finish the fourth stage in 23rd place. He then had a minor crash the next day which put him in 25th place in the fifth stage. In spite of having problems and facing difficulties, he competed like a true champion in the Rally.

The team put up some amazing performances that displayed the best of determination, focus, and agility. Paulo will forever be remembered by us and the rest of the motorsport world. Rest in peace, Paulo.