Hero MotoCorp has become the first manufacturer in India to receive BS-VI certification for two-wheelers. 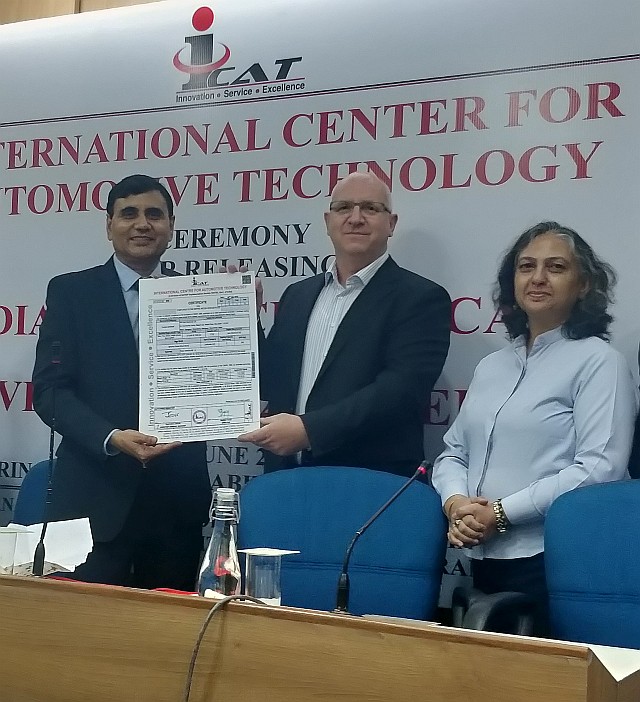 The International Centre for Automotive Technology (ICAT) has certified the first BS-VI-compliant motorcycle – the Splendor iSmart motorcycle from Hero MotoCorp. ICAT is the premier testing and certification agency authorized by the Ministry of Road Transport and Highways (MORTH) for carrying out tests and certification services for the vehicle and component manufacturers situated within India and abroad. To be eligible for certification before proceeding with the manufacturing of the specific model, Hero MotoCorp were required to build a prototype and get it tested and certified from any of the Government approved test agencies, namely, ICAT, ARAI or GARC.

The motorcycle was designed, developed and tested at the manufacturers in-house R&D hub, at the Center of Innovation and Technology (CIT) in Jaipur, Rajasthan. This makes Hero MotoCorp ready for the BS-VI switch much ahead of the 1 April, 2020 deadline.

What BS-VI means for motorcycles is the inclusion of enhanced onboard diagnostics (OBD) requirements for all vehicle classes, with first-ever OBD specifications for two-wheelers, and the introduction of emission limits on nitrogen oxides (NOx), carbon monoxide (CO), and unburned hydrocarbons (HC) for two-wheelers equivalent to proposed BS-VI norms for light-duty petrol passenger vehicles. This step will ensure that BS-VI two-wheelers will be as clean as BS-VI petrol passenger vehicles per kilometre driven.

Dinesh Tyagi, Director – ICAT, said, “We congratulate Hero MotoCorp for becoming the country’s first two-wheeler manufacturer to get the BS-VI certification. The Type Approval Certificate was issued to the Company’s Splendor iSmart motorcycle that has been developed and manufactured indigenously by Hero MotoCorp. Last year, ICAT issued the country’s first approval for BS-VI norms for Heavy Commercial Vehicle (HCV) segment also. The BS-VI emission standards are much more elaborate in their scope and integrate substantial changes to existing emission standards ensuring cleaner products to the consumer.”

Hero MotoCorp will now be working on making their entire range of motorcycles and scooters BS-VI compliant.