Hero MotoCorp have launched and showcased a range of various new motorcycles for the Indian market along with sharing their plans for the future. 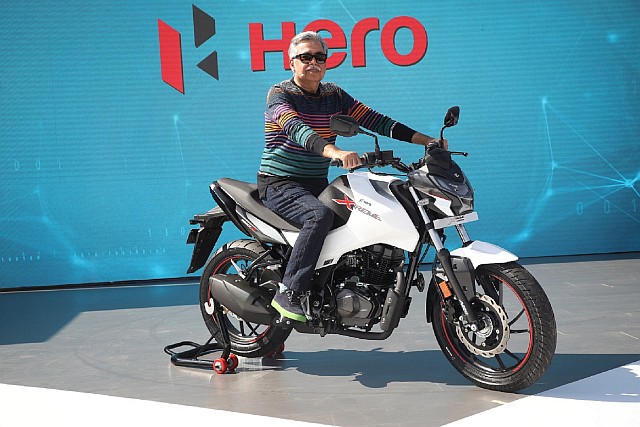 Hero MotoCorp have been the top two-wheeler company in India in terms of production and volume for the last 19 years. At their world-class R&D facility in Jaipur today, they have announced that they will be investing Rs 10,000 crore for future mobility and international business over the next five to seven years. More importantly, they plan to be carbon neutral by 2030. Here are the products that have been launched and displayed at the event.

The Hero Xtreme 160R was earlier displayed at the EICMA as the ‘Xtreme 1.R Concept’ and today we get to see the production-ready version of the motorcycle. It gets a 160-cc BS VI-compliant engine with electronic fuel-injection which is mated to a five-speed gearbox. The engine delivers 15 hp at 8,500 rpm and the bike is rated at a kerb weight of 138.5 kg. Hero claim that the Xtreme 160R can accelerate from 0 to 60 km/h in 4.7 seconds. The suspension set-up on this smaller Xtreme is a 37-mm telescopic fork at the front and a seven-step adjustable mono-shock suspension at the rear. Braking duties are handled by a 276-mm disc at the front and a 220-mm rear petal disc in the top variant. (Also Read: Hero Xtreme 160R Review) 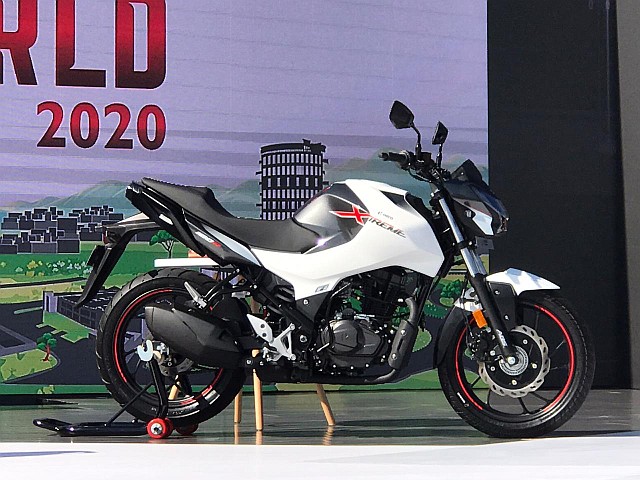 The new Xtreme 160R gets many other features such as an LED headlamp, rear H signature LED tail lamp, LED Turn indicators with Hazard light switch, inverted digital display and side stand engine cut off. The bike will be available in two variants – Front Disc with Single Channel ABS and Dual Discs with Single Channel ABS. It will be available in three colour combinations of White with Grey, Blue with Grey and Sports Red with Grey. The price of the Xtreme 160R will be announced in the near future.

The all-new Hero Glamour 125 now gets a new BS VI-compliant 125-cc engine with XSens Programmed Fuel-Injection and comes mated to a five-speed gearbox. The engine now makes 19 per cent more power with an output of 10.73 hp at 7,500 rpm and torque of 10.6 Nm at 6,000 rpm. The chassis has also been revised and Hero claim that the bike now has 20 per cent more ground clearance, 14 per cent more front suspension travel and 10 per cent more rear suspension travel. The bike gets four new colour schemes (Sports Red, Techno Blue, Tornado Grey and Candy Red) and has been launched at Rs 68,900 (ex-showroom) for the drum brake variant and Rs 72,400 (ex-showroom) for the disc brake variant. 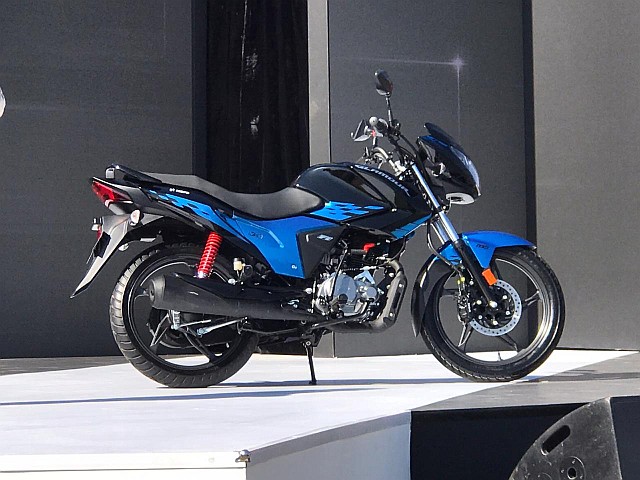 The new Hero Passion Pro gets a new 110-cc BS VI-compliant engine with XSens Programmed Fuel-Injection that gives the bike nine per cent more power and 22 per cent more torque delivering 9.02 hp at 7,500 rpm and a peak torque of 9.79 Nm at 5,000 rpm. The bike also gets a new diamond frame that Hero claim gives the motorcycle a 9 per cent increase in ground clearance, increased front suspension travel by 14 per cent and a 10 per cent increase in the rear suspension travel. The Passion Pro is now priced at Rs 64,990 (ex-showroom) for the drum brake variant and Rs. 67,190 (ex-showroom) for the disc brake variant. 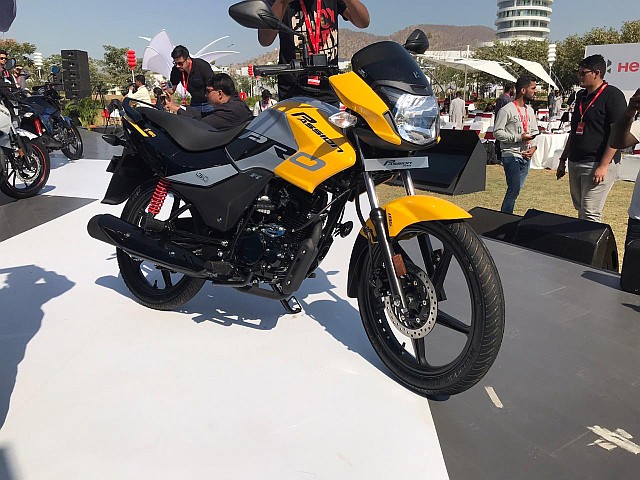 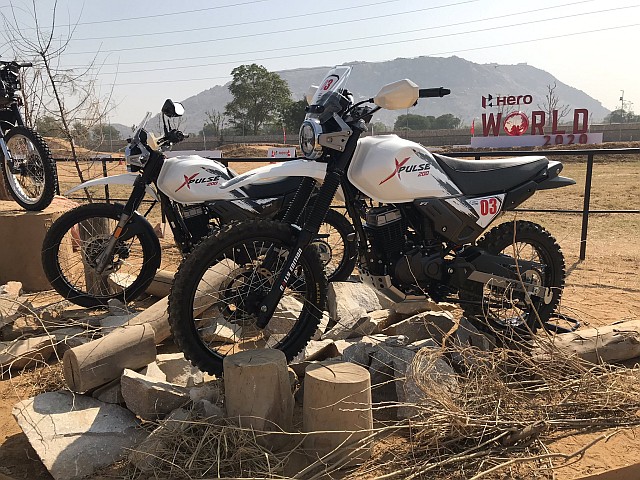 Something else displayed at the EICMA last year that got a lot of enthusiasts drooling was the Rally Kit for the Xpulse 200. The Rally Kit will now be available at dealerships for Rs 38,000. The Rally Kit includes a fully-adjustable front and rear suspension, a flat seat, handlebar risers, Maxxis knobby tyres, an extended side stand and an extended gear lever as well. The only upgrade missing is the Akrapovic exhaust that was seen on the showcased Rally Kit as part of this package. If one is not willing to purchase the entire package the parts can also be bought separately. (Also Read: Hero Xpulse 200 Rally Kit Review)

Prices are as follows: