India’s number one two-wheeler manufacturer – and the one of the largest in the world – announced a warranty of five years on all of their models. At an event in New Delhi, Anil Dua, Senior VP, Hero MotoCorp spoke to the media about the splendid legacy for the Haryana-based brand and their will to hold on to their numero uno position in the country. Dua also added that this new initiative of providing five years warranty will result in strong customer commitment and trust in the Hero brand wagon.

Also, at the event, head honchos of Hero MotoCorp launched the 20th anniversary edition of the Hero Splendor, the longest selling bike brand in the Indian market. Launched in the year 1993 under the Hero Honda brand name, the 97.2cc Splendor went on to become the motorcycle which propelled Hero to its number one position in India. This special anniversary edition Splendor has been draped in golden colour and sports refreshed graphics with the same vintage look of the Splendor, A leading news paper showcased the importance of this motorcycle in India by revealing that in 2009, Splendor models were selling at a rate of one million per year. 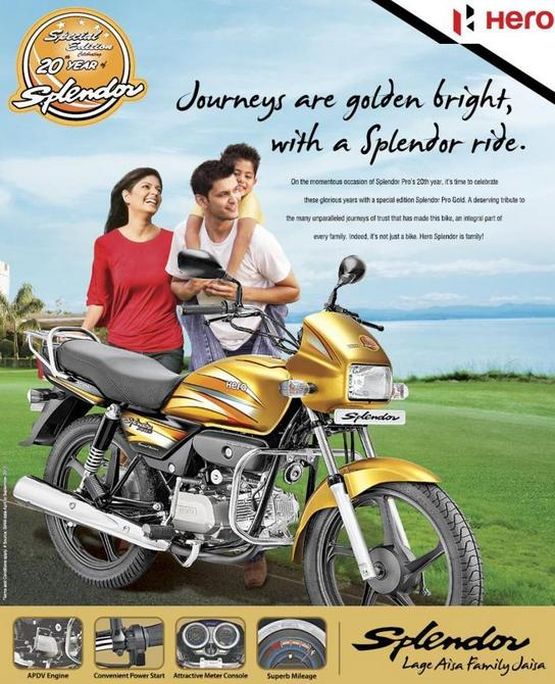