The Hero Maestro Edge 125 is second 125-cc scooter from the stable, with the first being the Hero Destini 125 which was roll-out in October last year. 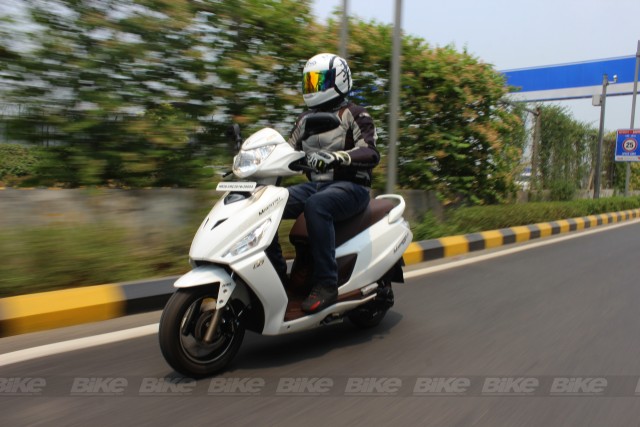 Design
The puffed up body styling makes Hero Maestro Edge 125 appear bigger than usual 100-110cc models, which is what buyers expect while buying a 125-cc scooter. The only hitch here is that it looks too similar to the Hero Maestro Edge 110 which was launched four years ago. So much so, that at a glance you’ll be hard-pressed to spot the differences. This is a bit surprising because Hero put in the effort to make changes on body panels and could have come up with a more distinguishing design for the Hero Maestro Edge 125. Not that the design looks outdated or boring and will appeal to a large audience.

Then there are interesting elements to spice things up. Like the Iron-Man-inspired triangular DRL on its chest, frost turn indicators and revised front apron and headlight crown. And the Hero Maestro Edge 125 Fi version comes in some snazzy dual-tone colour, like a black body with red plastic parts or the white body with brown. One of my favourite changes has to be the revised design of the exhaust unit which looks less radical than the one sported by the Maestro Edge 110. While the overall fit and finish look top-notch for the segment. 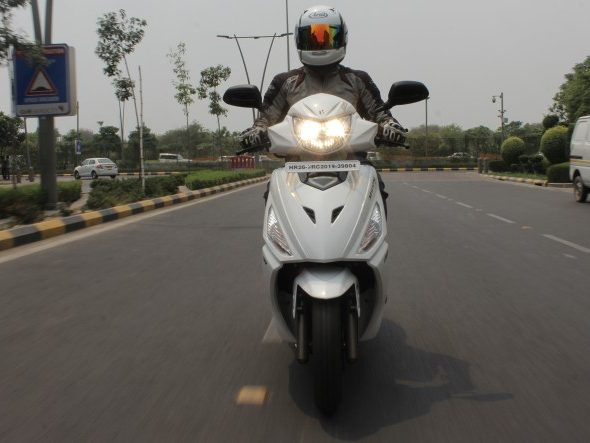 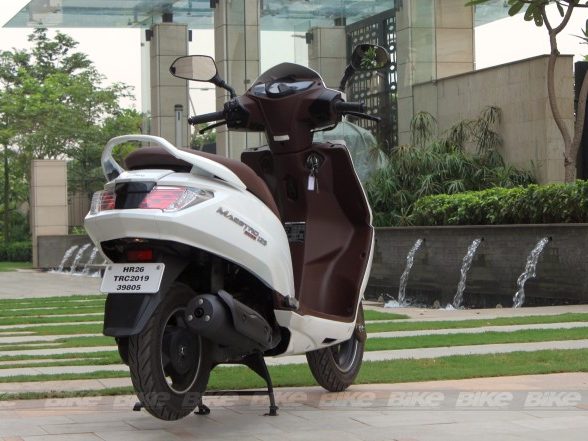 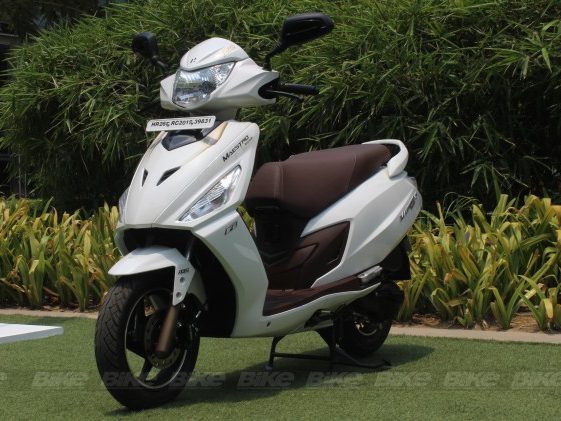 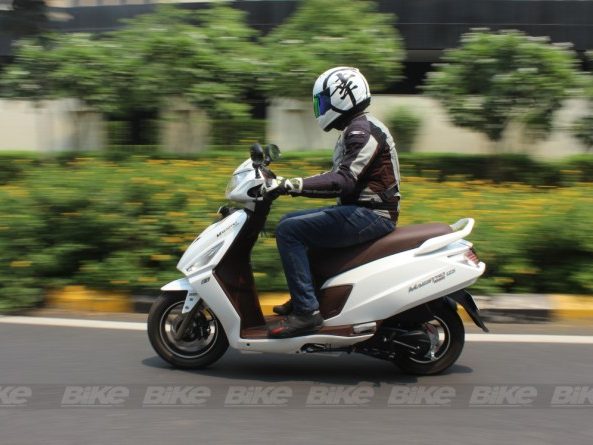 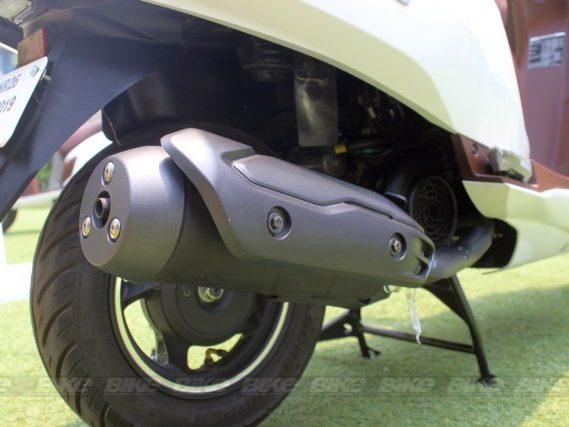 Features
There are quite a few features offered on the Hero Maestro Edge 125 as standard, and some of the ones useful ones include USB charging port, under-seat light and an external fuel filler with a lid. The seat and fuel filler cap can be popped open straight from the ignition slot is something which users will appreciate. While the part-digital instrument cluster shows information such as fuel gauge, odo and trip metre apart from side-stand indicator and service due reminder. But there are a few things which are still missing, like a brake lock or a LED headlamp. The fuel-injected version gets a 5-litre fuel tank which is half-a-litre less than the carburettor-equipped variant, probably to accommodate the modern fuelling system.

Engine
The Hero Maestro Edge 125 scooter comes powered by the newly-developed 124.6-cc, single but comes with a fuel-injection system which (with some tweaks to the engine and exhaust system) will help it meet the strict BS-VI norms which will be introduced next year. The Hero Maestro Edge 125 Fi version makes marginally more power (0.4 PS) than the carburettor version and is rated at 9.2 PS at 7,000 rpm. Peak torque remains unchanged at 10.2 Nm at 5,000 rpm.

Performance
As I set out to ride the new scooter it immediately felt like an improvement over the usual 110-cc scooters available in the market, thanks to the fuel injection and the extra dose of power. Throttle response is crisp and it delivers power in a smooth, melodious fashion which makes riding it very relaxing. Though enthusiasts might find the low-end power a little underwhelming, things become upbeat once your past it and hit the mid-range. The Hero briskly crosses the 60 km/h mark and comfortably reaches 80 km/h. On the open stretches of roads, it even managed to touch 95 km/h on the speedo. During regular city speeds, the Fi motor is free of unusual vibrations, but up the speed and some buzz does start to creep in.

Ride and Handling
The Fi version tips the scale at 110 kg, which is not too off the usual 125-cc scooters weight target and reflects in its handling as well. Though the engineers have employed borrowed the frame and suspension from its 110-cc sibling, the 125 version has been given slight tweaks to make it more comfortable in the city. So it retains the same agility and sure-footedness of the Maestro Edge 110 which one needs for the city commute. It cuts through traffic and changes directions without breaking a sweat. But while pushing it harder one can notice the softer rear suspension. Moreover, the 12-inch front in combination with a 10-inch rear wheel does compromise on high-speed stability to a certain extent. Thankfully, you get good quality MRF rubber that offers the right grip on the straights and right through the leans. The 190-mm front disc an 130 mm rear drum brakes come with confidence inspiring integrated braking system. When you apply the rear brake, the system automatically engages the front brake as well, so instead of sliding out the scooter dives down in a composed manner.

Price
With good dynamics, quality and features, the Hero Maestro Edge 125 is a likeable scooter. It also gets competitive pricing. The base version with carburettor, drum brake and start-stop system is priced at Rs 58,500, and you can spend another Rs 1,500 and opt for the disc. The top-end Fi (without start-stop i3S) variant comes for Rs 62,700 which is very close to the cost of segment leaders like the Honda Grazia and TVS Ntorq. Being the only fuel-injected scooter here, the Hero Maestro Edge 125 Fi makes a compelling case for itself.