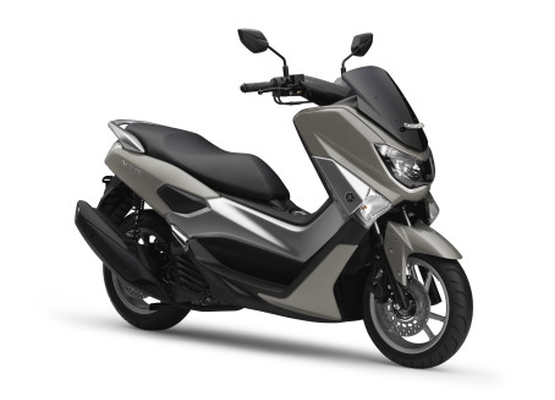 The new scooter is the latest in an extensive line-up the company has in south-east Asia – including the 530cc TMAX, and the 125,250 and 400cc XMAX – but will also go on sale in several global markets; whether India is on the list remains to be seen. Yamaha seem sure that their new global model will raise the bar for automatic scooters, and if it does arrive in India, it will bring several firsts to the scooter market.

The new 155cc single-cylinder, fuel-injected engine is based on the company’s new Blue Core concept, also seen on the FZ 2.0 FI. The liquid-cooled SOHC motor features variable valve actuation, a 13″ wheel specially developed for this model to aid handling, and will also feature ABS as standard – a first in the ASEAN scooter market. The output figures of 15 PS at 8,000 RPM and 14.4 Nm of peak torque at 6,000 RPM will make this the quickest affordable scooter on sale in India (this side of the Aprilia SRV 850: first ride in the February issue of Bike India) if launched, of course.

The new NMAX will go on sale in Jakarta from next month from IR 27.4 million (Rs 1.35 lakh) and it will be interesting to see if the Cygnus Alpha and Ray will get a bigger sibling alongside them in Yamaha’s India showrooms.