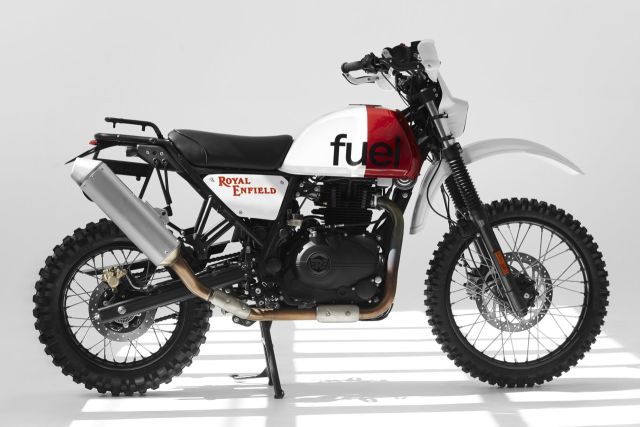 In early 1977, Thierry Sabine, a French motorcycle racer, lost his way in the Ténéré desert. This odd yet simple sentence is the birth of something special, a special something that those who know anything about motorcycles would immediately relate too. You see, Thierry Sabine realised, after his being-lost experience, that racing in the desert might just be a good idea. Hence, the mad Frenchman got to work and in less than a year’s time founded and organised an event, a race to be precise. This crazy race would take riders and drivers from the French capital, Paris all the way to the Senegalese capital of Dakar, covering a distance in the region of 10,000 kilometres. The race in question for anyone who might still be wondering is the Paris Dakar Rally, arguably one of the toughest and most prestigious motorsport competitions in the entire world. Bless that man’s soul. Thierry Sabine unfortunately passed away in the 1986, and did not get a chance to see his creation grow into the phenomenal competition it is today. 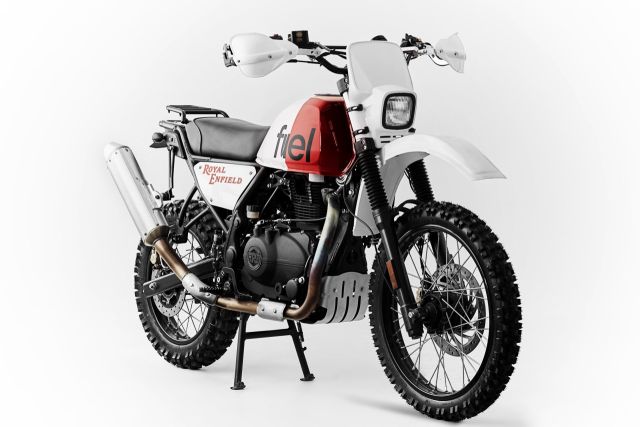 The race is now just called the Dakar and runs in South America due to security concerns in the African continent. Next year will be the first year that it will be held in the Asian continent, with the race taking place in Saudi Arabia. The Dakar rally is a worldwide big-money major event and has a massive cult following. Motorcycle manufacturers have made models specifically for use in those conditions and many custom motorcycle shops have drawn inspiration from the competition bikes and made similar creations for those who want to live out their Dakar fantasies. This is where we would like to introduce you to a Catalan motorcycle company called Fuel Motorcycles.

Fuel Motorcycless have built a special, bespoke motorcycle that is inspired by the first bikes that rode the rally back when it was called the Paris Dakar. The bike they have used to modify for said reason is none other than our own Indian war-horse, the Royal Enfield Himalayan called the ‘Royal Rally 400’. It must be said that viewing the pictures here in our gallery might cause a few accidents with oneself. It is lovely. The Royal Enfield Himalayan has undergone a number of changes that make it a mean looking single-seater meant to take on the harsh riding conditions the Dakar rally has in store. So what are the mods? 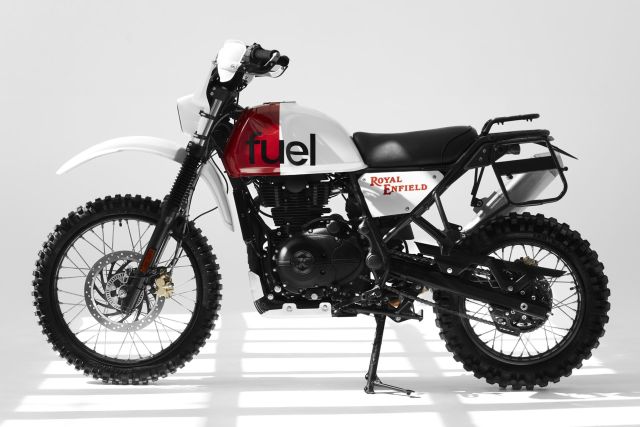 Fuel Motorcycles have fitted the Royal Rally 400 with a classic-styled enduro front light mask, front and rear fenders have been changed with durable motorcross-styled units, a Koso speedometer that is a single unit and looks nice and simplistic has been popped in, there’s a new rear grille and side case support, new small round indicators that sit very well with the compact and simple design, a Tomasselli handlebar, powertronic ECU, and a new solo seat. The bike gets a new exhaust too, which is borrowed from the Suzuki RMZ 450 and is upswept to keep it away from those pesky rocks, stones, logs and what not that could be found on an unpaved route. You also get Pirelli MT 21 Rallycross rubber which should give you a fair bit of grip on dirt, sand, slush, and even on the surface of the moon.

Technically though, the bike runs the same engine a 411-cc SOHC,single-cylinder, four-stroke, air-cooled, fuel-injected unit that makes 24.8 PS at 6,500 rpm and 32 Nm at 4,250 rpm mated to a five-speed gearbox. In addition, the ABS on this bike is switch-able, something that the regular Royal Enfield Himalayan ABS lacks. I do wish Fuel Motorcycles had done a little work on this part and produced a little more power from the engine. However, Fuel motorcycles have said that the bike is suited to the deserts or Morocco and Atlas mountains just as it is. Oh well. 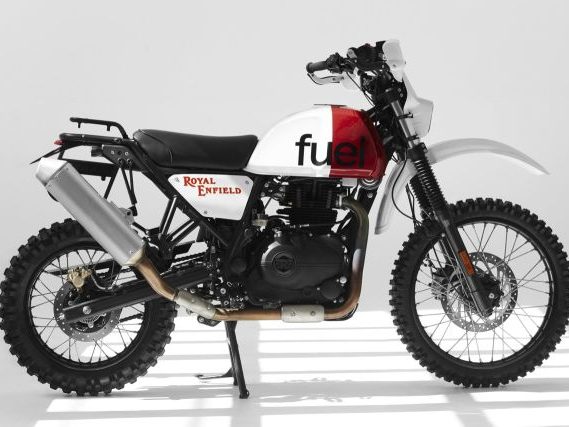 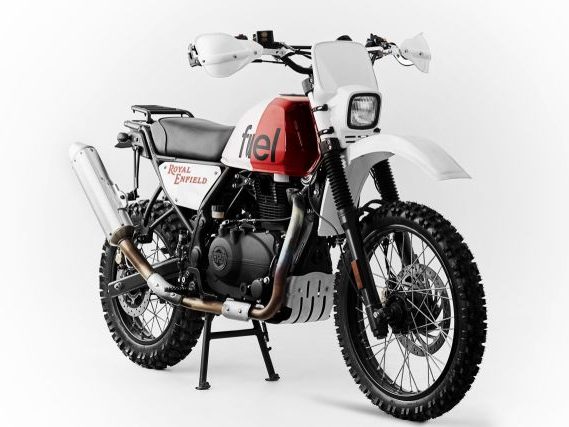 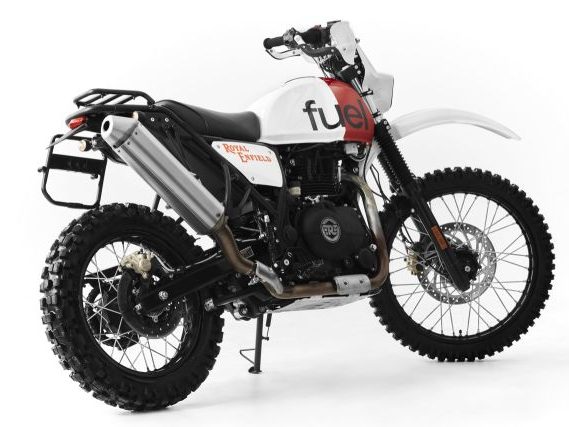 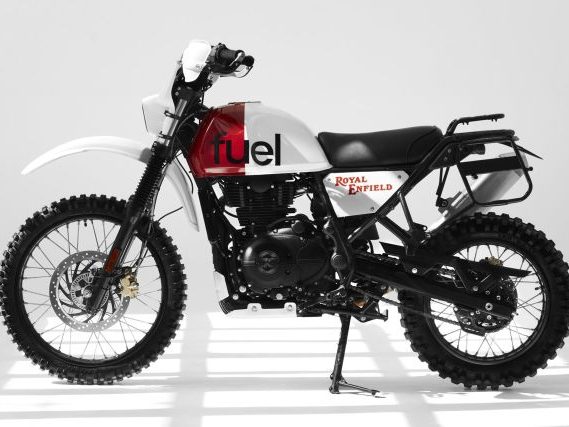 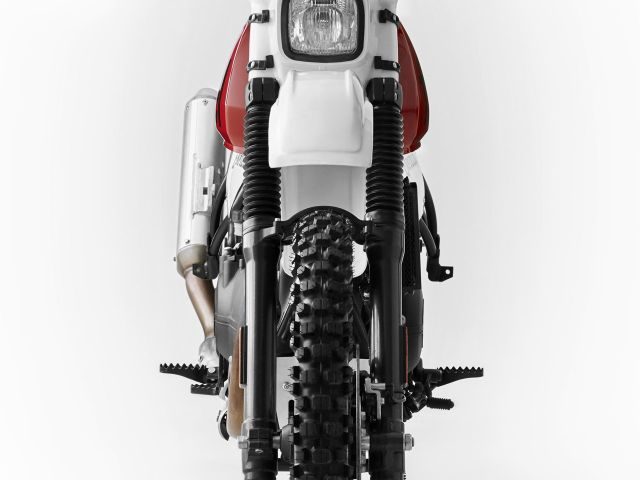 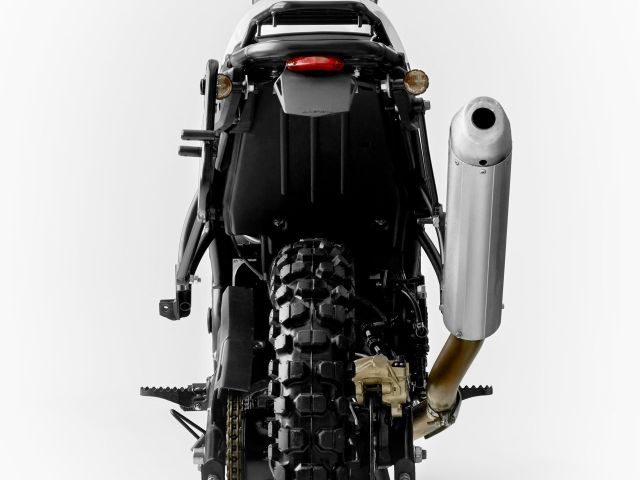 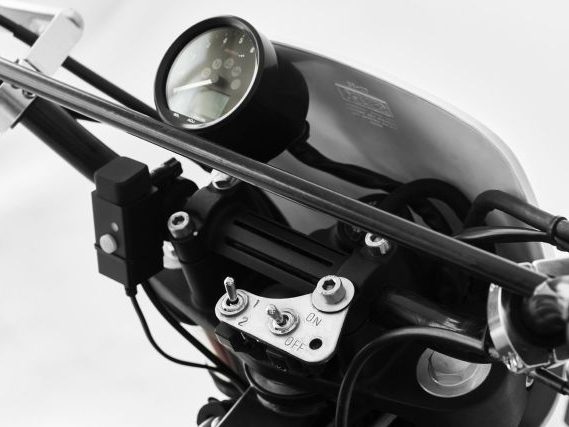 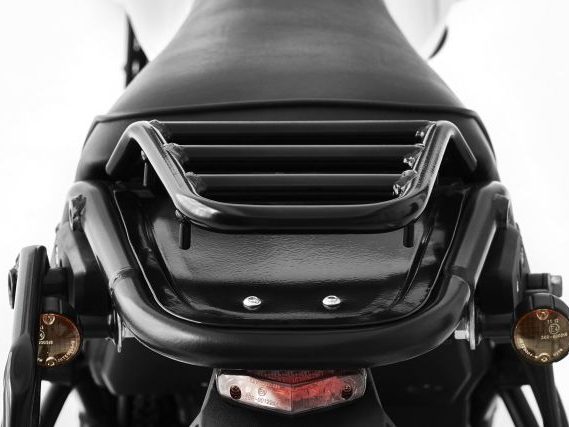 The Fuel motorcycles Royal Rally 400 is a stunning throwback to a beautiful time in motorcycles, a raw time. Fuel Motorcycles will ride this beast in the Scram Africa ride, which is a ride conducted by the company through all kinds of terrains in the dark continent, a true challenge for the motorcycle and riders as well.

Also read about rides that we have done on the Royal Enfield Himalayan by clicking on the following links: