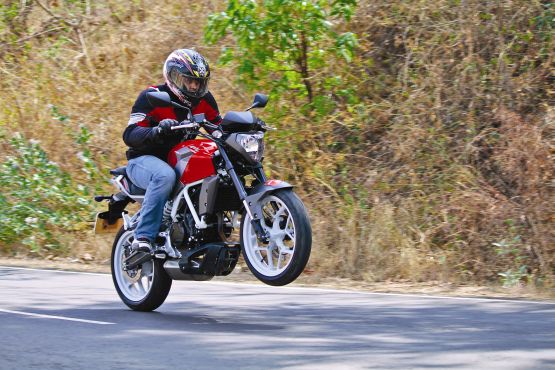 South Korean bike makers Hyosung have multiple offerings in the quarter-litre segment. Their line-up is based on a 250-cc V-twin and includes a sports bike, it’s naked version and also a cruiser. However, the rising popularity of quarter-litre singles led them to developing an all-new 250-cc bike. Hyosung unveiled the GD250N naked bike at the EICMA motorcycle show in Italy last year, and it was also shown at the Auto Expo in February this year where they confirmed its launch in India. In fact, the bike is currently going through the final stages of homologation. So before the show bike was shipped back to Korea, we took it out for a short ride to tell you what to expect.

The Koreans have done a good job of naming their previous bikes, so the ‘GD250N’ and its alternative, ‘EXIV 250’, as stickered on the tank shrouds, could be the model codes. We hope they come up with a nicer name for the production version, though: one that suits the radical look of the bike and has some emotion in it.

The GD is a small bike by Hyosung standards and feels well-built. Design elements like the new tubular steel trellis frame with engine as a stressed member, USD forks, underbelly exhaust and belly pan seem to be inspired by the smaller KTM Dukes, but it has its own unique features such as the exposed mono-shock spring, radical tank and tail section, sporty 10-spoke alloys and the eye-catching white paint job on the chassis and wheels. Readouts on the large digital screen are easily legible while riding, but there is a wide gap between the meter console and the triangular headlamp. 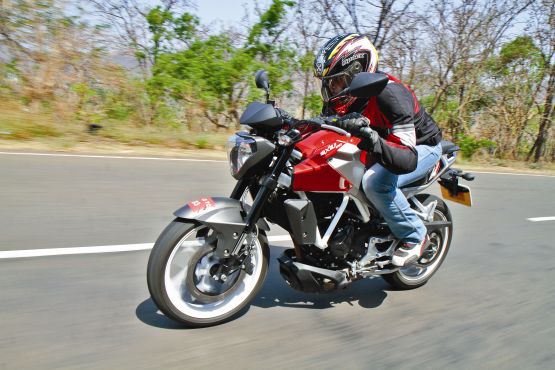