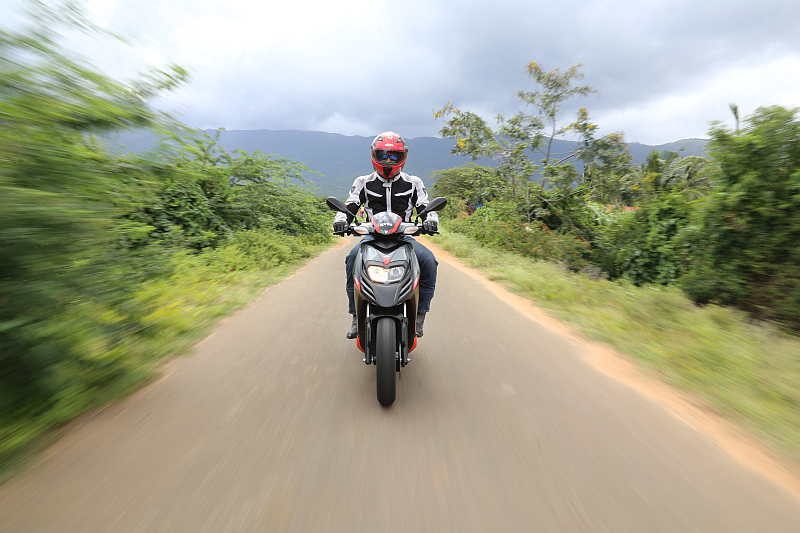 The Aprilia SR 150 is powered by the same air-cooled 155-cc, single-cylinder, three-valve engine that powers its cousin, the Vespa SXL 150. So when you thumb the starter and fire it up, you are greeted by a clatter that is not unlike what you experience in the Vespa. On sheer refinement, this brand-new Italian still has some work left before it can catch up with Japanese scooter engines. Oddly enough, even though it makes as much noise as the Vespa, the Aprilia engine seems to engender less vibration. Aprilia say that although the engine is shared with the Vespa, the transmission is different, and this becomes evident as soon as one gets going. The throttle response on the Aprilia is more intuitive and the delivery of the 11.6 PS (at 7,000 RPM) of peak power and 11.5 Nm of max torque (at 5,500 revs) is more linear than on the Vespa. At low speeds the difference is less evident but as you give the SR 150 some stick, the contrast becomes stark. The scooter easily pushes past an indicated 100 km/h and still feels like it has some go left. 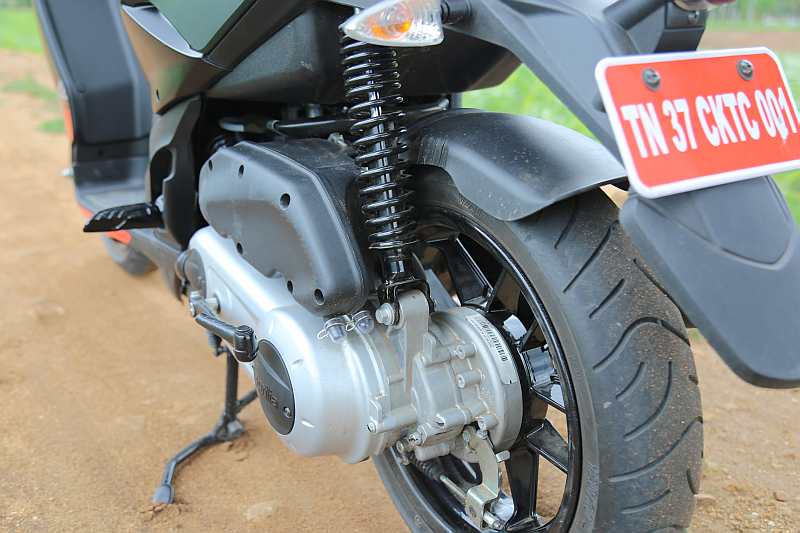 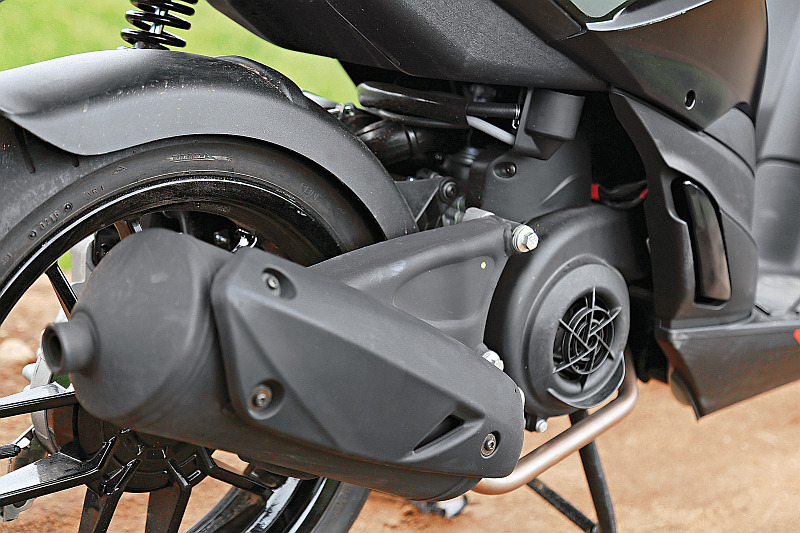 Apart from the engine, however, nothing is shared with the Vespa and this includes the chassis. Instead of the Vespa’s monocoque the Aprilia uses a tubular open frame single-cradle chassis. Despite a company declared weight of 122 kg, which is eight kilos more than that of the Vespa SXL 150, the SR 150 feels light and nimble on its 120/70 (front and rear) Vee Rubber shod 14-inch wheels. Flicking it left and right and back again feels like a breeze with the sporty ‘Sport Scooter-bike’ inspiring more and more confidence on the narrow twists and turns of the road that leads from Coimbatore to the Vaidehi Falls. Its agility feels surprisingly motorcycle-like and it’s not hard to guess why my fellow journalists were smiling in their helmets. Perhaps, I was too. Admittedly, this is a fun machine. 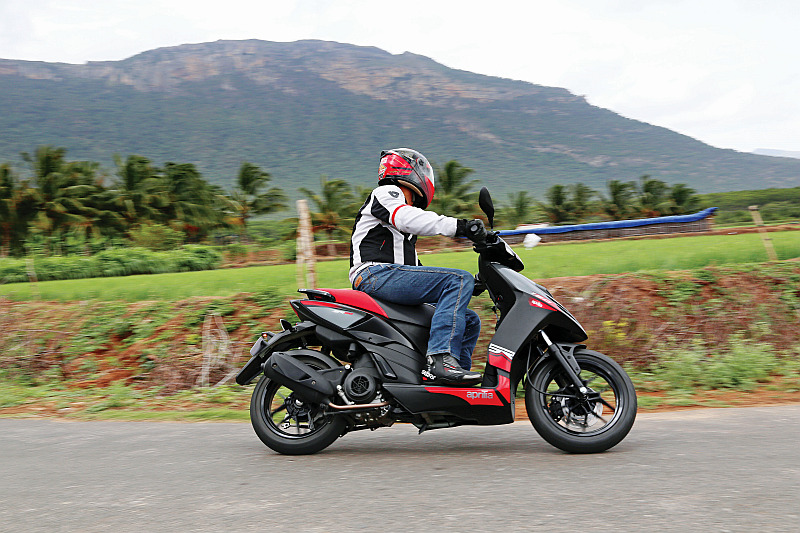