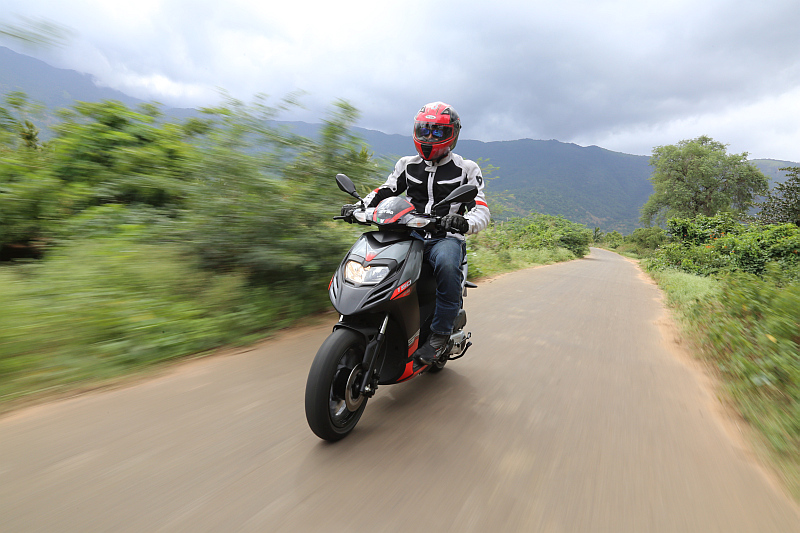 At Rs 65,000, ex-showroom in Pune, the SR 150 is probably the most affordable Aprilia ever but apart from its affordability, India’s first moto sport scooter is every bit an Aprilia

However hard I try to think of the machine standing in front of me as a scooter, I fail; for the spanking new Aprilia SR 150 R, which was first shown to the discerning Indian masses at the Auto Expo earlier this year, looks unlike any other vehicle that is classified a scooter. In fact, the more I stare at this minimalist but gorgeous two-wheeler, the more convinced I become that Aprilia may have got it right in classifying this machine as a ‘Sport-Scooterbike’. Although a novel descriptor in the dictionary used by the automotive world, it seems apt. 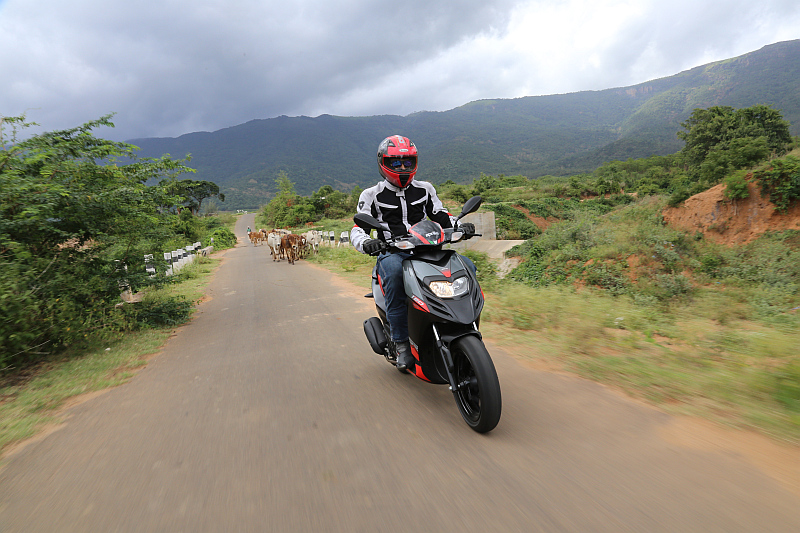 The first thing that stands out when you look at the SR 150 is the wheels. At 14 inches across, they are the largest on any scooter, not counting the handful few maxi scooters available, you can find in our country. And, boy, do those blacked out five-spoke wheels stand out! Those polished alloys could easily give a few motorcycles a run for their money. The other thing that is instantly noticeable about the SR 150 is its overall length. Although the specification chart provided by Aprilia does not mention the scooter’s dimensions, visually it seems a bit longer from tail to nose than other scooters. This is further accentuated by the merging of the minimalist styling of the scooter: the moto scooter-esque headlamp on the body instead of on the handlebar, the short stepped seat, a superb paint job and an even better set of stickered graphics. No. There is no argument on this aspect. The Aprilia SR 150 brings the best of the world of Italian design into the humble universe of the scooter in India.

Where features are concerned, Aprilia have continued with the minimalist theme and, as a result, there are hardly any features to talk about. There is, of course, the customary under-seat storage box and a hook up front to hang a small bag from but not much else. There isn’t even a parking brake or a side-stand. According to Stefano Pelle, the CEO of Piaggio, the objective was to be able to price this product as competitively as possible and, therefore, Aprilia have shaved off everything that could add to that cost without adding equivalent value in a two-wheeler of this sort. The company’s efforts at making this product as affordable as it is, is also evident in some other areas. For instance, the quality of the aforementioned plastic hook or the switchgear for that matter could definitely be improved. But every teeny tiny bit adds, and adding is what Aprilia wanted to avoid as far as possible.

Beyond the aspect of costing, and therefore pricing, lies the other issue of whom this two-wheeler is meant for. In Aprilia’s own words, the intended buyer of the SR 150 is unlikely to be a customer in search of a practical means of transport or one who is looking to cash in on the iconic (and, perhaps, nostalgic) legacy of a brand like Vespa. The target audience of the Aprilia SR 150 is the consumer who aspires for the excitement of a motorcycle but desires the convenience and practicality of a scooter. As far as the eye is concerned, the SR 150 effortlessly straddles the twin worlds of the scooter and the motorcycle and, perhaps, in many ways is the first crossover of the two-wheeler world in India. But then, you don’t just look at a two-wheeler, do you? 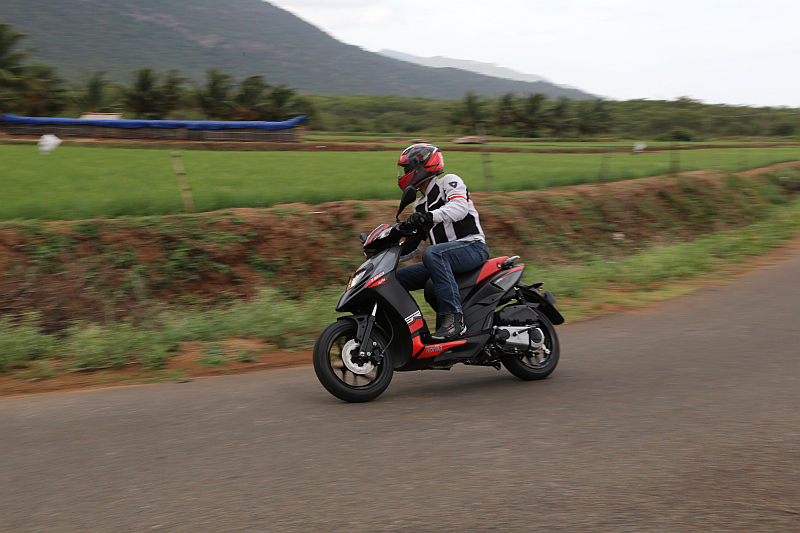