Round One of the FIM World Superbike Championship, the pinnacle of production bike racing, is underway at the Phillip Island circuit in Australia.

Motorcycles of all the major Japanese as well as European manufacturers like Honda, Yamaha, Suzuki, Kawasaki, Ducati, Aprilia and BMW Motorrad are raced in this series and they’re almost as fast as the MotoGP protypes.

Click here to view the timesheets of the first qualifying session in their original resolution. 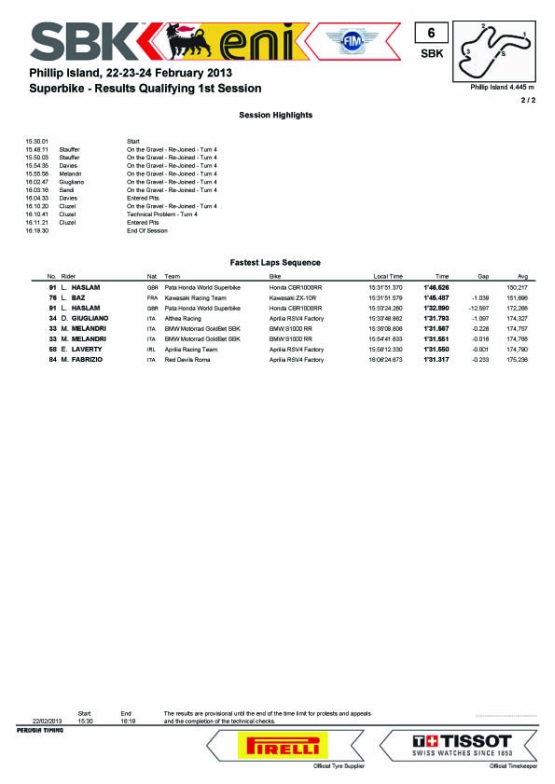 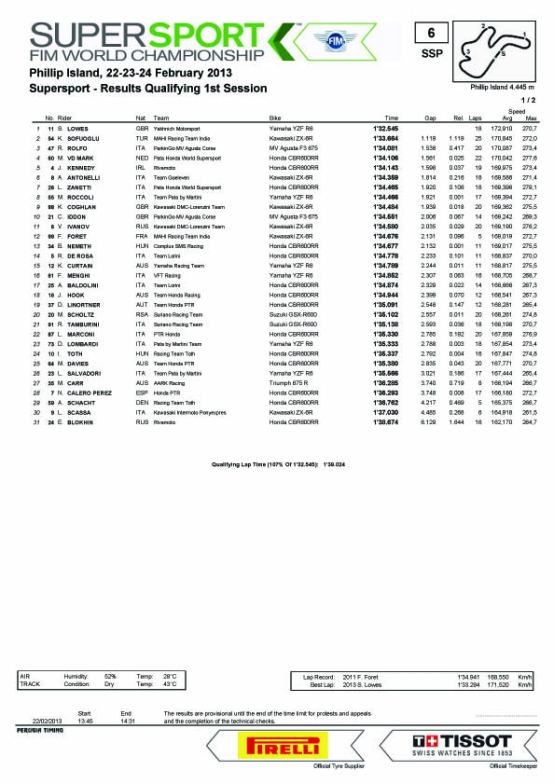