Filippo Preziosi, the Director of Research & Development at Ducati Motor Holding, has informed the company of his decision to resign for reasons of ill-health. The 45 year old engineer’s decision came owing to poor health related to his rather specific physical condition. In the year 2000, Preziosi lost his the use of his legs after a motorcycle accident during a trip to Africa. Consequently, he also faces difficulties moving his upper extremities. Preziosi’s resignation signals the end of an illustrious career marked by outstanding professional achievements and which spans 19 years with the company; 12 of which have been with Ducati Corse.

Before being appointed Director of Research & Development at Ducati Motor Holding at the end of 2012, Preziosi was the General Manager at Ducati Corse; a role he was appointed for in 2003. He oversaw the development of the Ducati Desmodesici, which won them the MotoGP world title in 2007. The communication of his intention to resign was accepted by Ducati with much sadness and disappointment and they will soon announce his successor for the position. 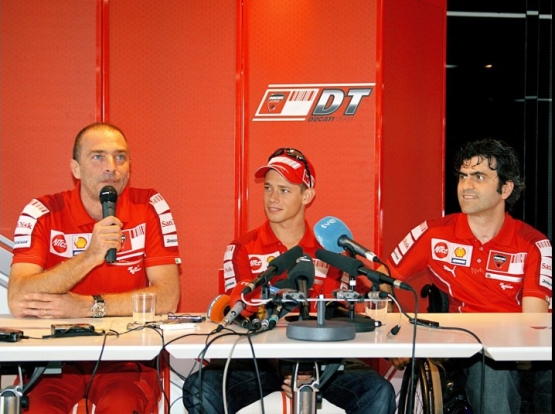