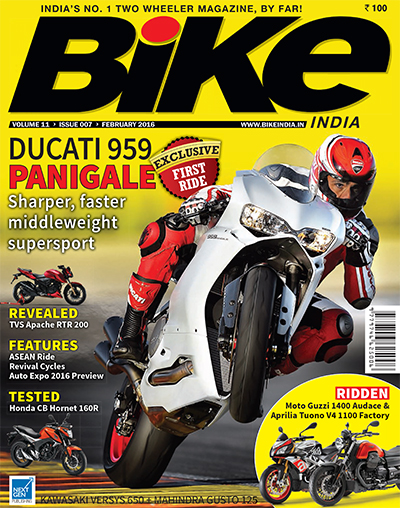 The two-wheeler industry didn’t show any growth last year; in fact, it was more or less flat. Let’s hope 2016 proves much better for the two-wheeler manufacturers. Some of them have already begun launching new bikes, the first one out of the starting blocks being the Mahindra Gusto 125 scooter and the next in line being two motorcycles from TVS: the born-again Victor and Apache 200.

The two-wheeler industry has been lagging behind its four-wheeler counterpart where technology is concerned. The car manufacturers have been pushing the envelope further and further to stay ahead of the competition, whereas the two-wheeler manufacturers have been raking it in without having to improve their products. The high-end motorcycles are loaded with state-of-the-art technology whereas the entry-level commuter bikes are at least 25 to 30 years behind in terms of technology as compared to the entry-level cars.

When international manufacturers launch a new product, they try to set a new benchmark in the segment. The same can’t be said about our local manufacturers as they try to match what is already available in the market and most of the time fail to match up to the bikes that are already on sale.

The way R&D departments work has changed globally. Now they have a special head of chassis design, suspension and handling, bike designer, brake and a separate engine specialist and all of them work under a project leader, whereas in India it is still a one-man show under the head of R&D. Today Honda have a separate company, called Honda R&D, which develops bikes in accordance with the requirements of individual markets. How can the local manufacturers compete with a company that employs more than 3,000 engineers in its R&D department itself?