Just about six months after its launch, the Royal Enfield Interceptor 650 and Continental GT 650 have cut a niche for themselves in the Indian motorcycle market. 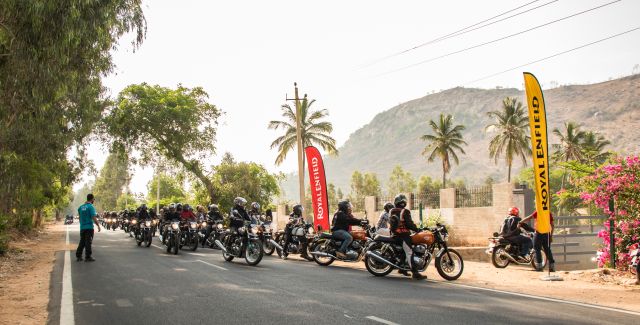 Recently Bengaluru witnessed an official ride that was conducted exclusively for the Twins. More than 140 motorcycles showed up for the ride which was flagged off from Esteem Mall. An hour’s ride later, the convoy arrived at Ground Zero Hub where registration was followed by a breakfast buffet and other activities. There was also a ‘Know Your Motorcycle’ session which enlightened riders about some simple and crucial details of the motorcycle and its maintenance. It included basic diagnosis, significance of tools, importance of servicing, running-in period care, long term usage, and the importance of riding gear. Considering almost 80 per cent of the turnout were new riders, that session was particularly helpful.

We do know that there will be a similar ride for Royal Enfield 650 twin owners in Pune taking place on May 5. This ride will be flagged-off from Koregaon Park and commence in the hill station of Lonavala. There may be more rides happening in locations near you. Stay glued to the RE website and unmute your rider Whatsapp groups.

The RE Twins are powered by a 650-cc, air-cooled, parallel-twin engine that makes 47 PS at 7,250 rpm and a peak torque of 52 Nm at 5,250 rpm. Check out what we think about the Twins after we rode them in the United States of America.