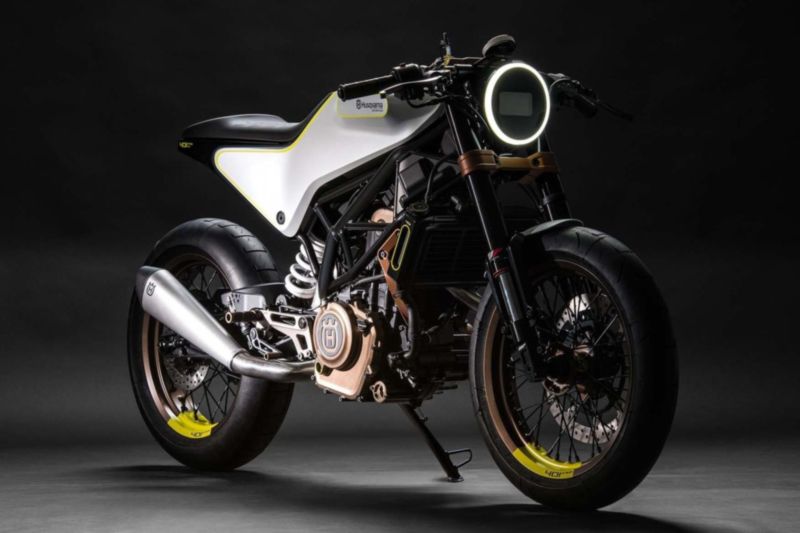 Husqvarna are set to unleash their Vitpilen 401, inspired from the KTM 390 Duke, at EICMA today.

Vitpilen, or ‘white arrow’, is the name that will take KTM-owned Husqvarna into the future. The tech specs of the new Vitpilen 401 almost mirror the 390 Duke, but the bike looks nothing like it really, being a café racer. The concept model (pictured above) will be the foundation for the new bike that will be officially unveiled later today.

The Husqvarna Vitpilen 401 will be made in India. The frame is a Chro-Moly-Steel trellis and it sports wire-spoke wheels. The engine is a ‘375-cc’ liquid-cooled single making an estimated 44 PS and 35 Nm. A six-speed transmission is employed. The suspension comes from WP and the brakes come from ByBre. The dry weight is just 148 kg, translating into a promising power-to-weight ratio.

There will also be a black-themed ‘Svartpilen’ or ‘black arrow’ later.

Watch this space for more.