The radical new AMB 001 unites Aston Martin design with Brough Superior engineering prowess to create a track-only, limited-edition model like no other. 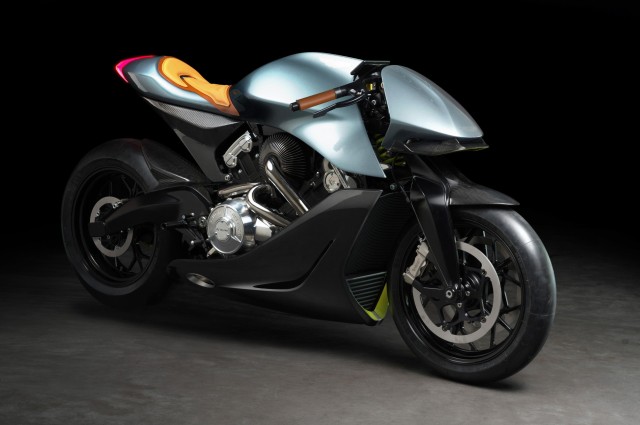 The result of two British icons, the AMB 001 is the lovechild of Aston Martin, makers of fine sport-luxury automobiles and Brough Superior, a name that needs no introduction to motorcycle connoisseurs thanks to their impeccable creations and legendary craftwork.

The AMB 001 marks a unique, modern, lightweight and powerful sports bike concept, boasting exclusive technical features, including a chassis configuration with a double wishbone front fork and structural carbon-fibre body. It draws inspiration from the Aston Martin’s new series of mid-engined cars, the Valkyrie and Valhalla, and the Aston Martin Design team worked on the clear principles of form and function, where design and engineering had to work together to result in a motorcycle that would become a high-performance work of art. Only 100 will be made. 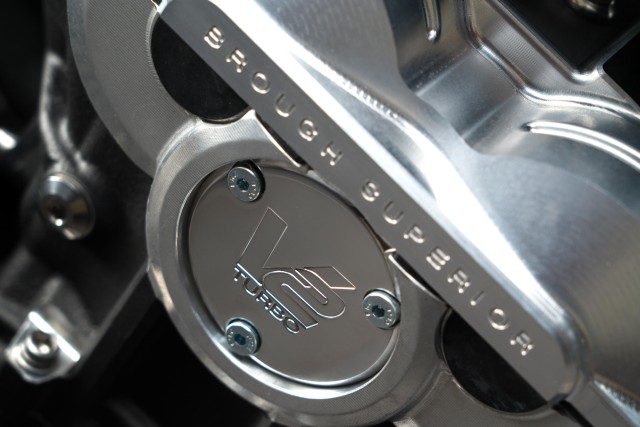 Presented in the traditional Aston Martin Racing colours of Stirling Green and Lime Essence with Matte Black wheels, forks and brake assemblies, the AMB 001 features a sublime combination of paint and bare carbon-fibre that accentuates its lines. As befits the Aston Martin and Brough Superior brands, all of the components for this collectors’ item have been specially designed using the best processes and materials, including carbon-fibre, titanium and billet aluminium. Powering the AMB 001 is a turbo-charged V-twin making 180 hp, with the bike boasting a dry weight of just 180 kg. This turbo configuration brings incredible engine response with a huge amount of torque in a wide engine-speed band. This is also the first time that a Brough Superior motorcycle is being offered with a turbocharged V-twin engine.

True to its track-inspired pedigree, the AMB 001 is presented with ultra-lightweight Aston Martin wings, which sit under the lacquer of the bodywork on the nose and the tank.  These are the same nine-micron stainless-steel wings that adorn the Valkyrie hybrid hypercar. 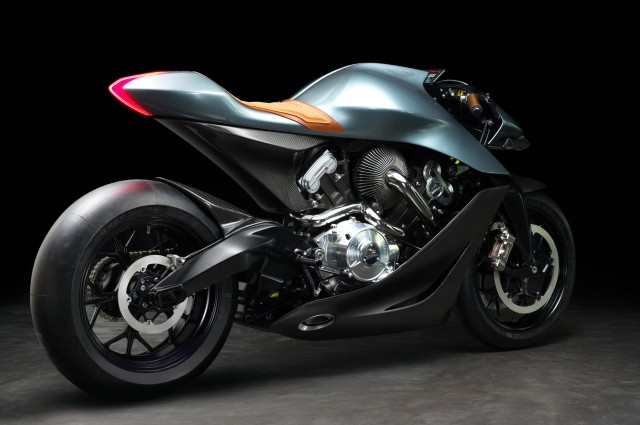 Executive Vice President and Chief Creative Officer at Aston Martin, Marek Reichman, said, “This is what we believe a cutting-edge motorcycle should be and we are very proud to see the Aston Martin wings on a motorcycle for the first time. In addition to applying the skills we have developed for cars such as the ground-breaking Aston Martin Valkyrie we have also been able to bring our special expertise in the traditional craft techniques to this project. The finished product is a truly beautiful motorcycle; a design and engineering work of art.

“Aston Martin may be 106 years-old but the forward momentum of this company is inspiring, for every area of the business but for Design in particular,” continued Reichman. “The same people who work on the design of our cars have worked on the AMB 001. These people are absolute experts and have delivered many of the special project cars that we have designed. Unlike at other car companies, our designers have the full breadth of experience and I think this is showcased in this aspirational bike.”