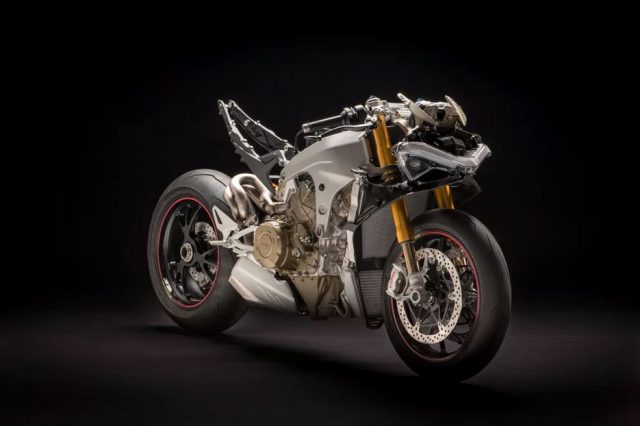 A Ducati V4 Streetfighter could be under development, reveals CEO Claudio Domenicalli.

Speaking to the international media, Domenicali hinted that a street-fighter version of their flagship motorcycle, the Panigale V4, could be in the works. Reports suggest that Ducati could be showcasing the first pre-production prototype of this motorcycle as early as October 2019 at the Milan Motorcycle Show a.k.a EICMA 2019.

In an interview at the 89th Geneva International Motor Show, Claudio answered a slew of questions about the company’s current line-up and plans for the 2019 season of MotoGP. When asked if more motorcycles, such as a naked/street-fighter model could be launched with the already highly-appreciated V4 engine, owing to a huge demand among Ducati brand loyals, Claudio replied in the affirmative, hinting at the ongoing development of the motorcycle.

The Panigale V4 is currently the most affordable Italian exotic in the country with prices starting from Rs. 20.57 lakh and going all the way up to Rs. 51.87 lakh for the flagship Panigale V4 R. Ducati made a paradigm shift with the introduction of the 90-degree V4 configuration across its superbikes back in 2018. This also marked the end of the legendary 1299-cc twin-cylinder which were found on Ducati supersports.

The stock Panigale V4 is powered by an 1,103-cc 90-degree, V4 engine which can produce a maximum 214 PS at 13,000 rpm and 124 Nm of torque at 10,000 rpm. We expect the same engine tuned for a different style of riding on the upcoming street motorcycle and expect it to be priced at a premium over its competitors. Its closest rival would be the fellow Italian Aprilia Tuono V4 1100. Apart from that, this new Ducati will compete with the likes of Suzuki GSX-S1000 and the Kawasaki Z1000.